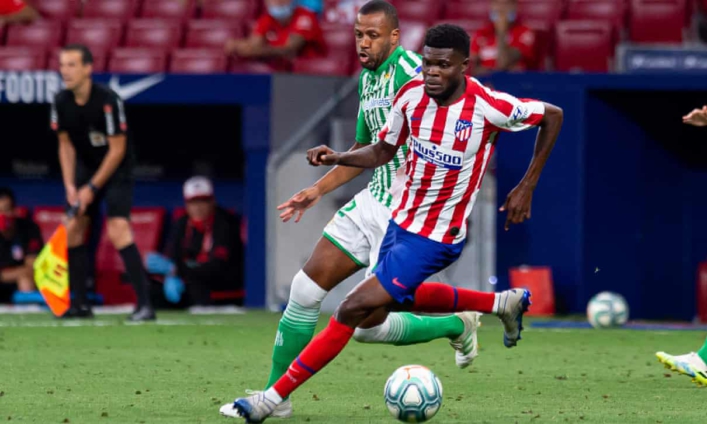 Arsenal’s hopes of signing Atlético Madrid midfielder Thomas Partey have been dealt a huge blow after the Gunners failed with a second formal bid for the Ghanaian.

Mikel Arteta is keen to bolster his midfield this summer and sees Partey as the ideal target, and there were hopes that Arsenal would be able to negotiate a cut-price fee as a result of the 27-year-old’s hesitance to sign a new contract.

Arsenal have already seen one bid knocked back, and as noted by The Guardian, a second offer has failed as well. This time, the Gunners offered €25m (£23m) plus French midfielder Mattéo Guendouzi, but Atléti were not interested.

Los Rojiblancos have made it clear that Partey will not leave unless any interested side pays his £45m release clause, but Arsenal have previously warned Atléti they have no plans to cough up that kind of money.

Atlético manager, Diego Simeone, is desperate to keep Partey, who joined the club in 2013 and has two years to run on his current deal.