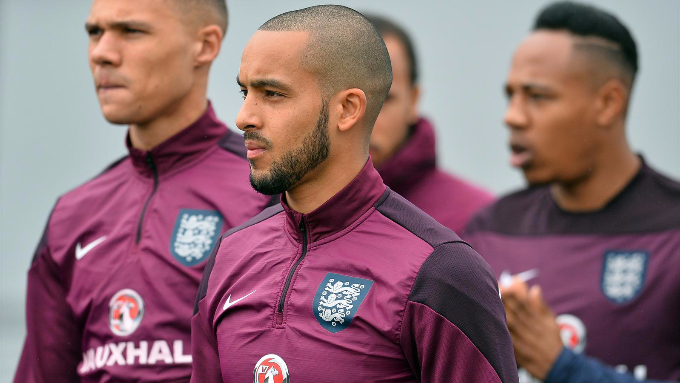 Arsenal manager Arsene Wenger hopes Theo Walcott's frustrating night with England in Turin will not leave the forward's confidence "damaged" over the closing weeks of the season.

Walcott produced a low key display after being handed an opportunity to start up front with Roy Hodgson's side for the friendly in Turin on Tuesday night.

After struggling to receive any real quality service, Walcott later dropped back into the number 10 role behind captain Wayne Rooney and eventually was substituted for Everton's Ross Barkley early in the second half.

Walcott missed the best part of a year following a knee injury which wrecked his 2014 World Cup dream, and since then has seen his return hampered by a niggling inflamed groin problem.

The 26-year-old has found himself on the fringes of the Arsenal side in recent weeks, often used as an impact player from the bench.

Asked if he felt the fallout from his performance with England could hamper his confidence, Wenger replied: "Theo wants to do well, he is sensitive and I am a bit concerned about the damage that (Italy) game can have on his mind."

The Arsenal boss continued: "Theo's strength is the quality of his movements, he wants to go to get on the end of things, he is not a guy who provides.

"It was complicated game for the (England) strikers because Italy defended with three centre-backs, two players in front of the two centre-backs and England played all in there so there was no room, no space.

"I don't think it was the intention of Roy Hodgson to play him there (as a number 10). It is maybe Rooney took the initiative during the game to play higher up and tell Theo to drop back.