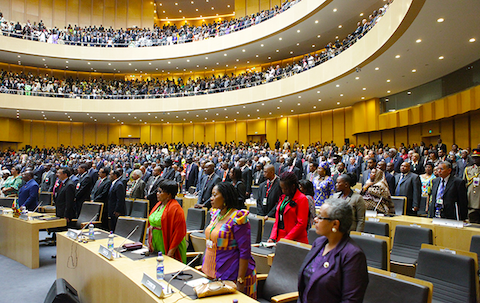 The African Union has officially launched its Centre for Post-Conflict Resolution and Development (PCRD) in Cairo, Egypt to build sustainable resilience and enhance structural transformation to prevent conflicts.

The PCRD is a comprehensive set of measures that seek to address the needs of countries emerging from conflict, including the needs of affected populations, to ensure peace and stability on the continent.

The launch constitutes an important step in Africa’s efforts to operationalise the PCRD Policy Framework, adopted at the Banjul Summit in 2006.

A statement from the Union, made available to the Ghana News Agency, indicated that the AU Assembly of Heads of State and Government, through its Decision AU/Dec.351 (XVI) of January 31, 2011, accepted the proposal by Egypt to establish the Centre.

It will serve as the Union’s specialised technical agency for the implementation, monitoring and evaluation of PCRD programmes and projects in countries emerging from conflicts.

It will work closely with the AU Commission and other stakeholders to mobilise resources and follow up the implementation of the six pillars included in the PCRD Policy Framework.

It also seeks to prevent escalation of disputes, avoid relapses into violence, address the root causes of conflicts, and consolidate sustainable peace.

The PCRD is conceived within the African vision of renewal and sustainable development and while its activities are integrated, and many must be pursued simultaneously, they are envisaged in the emergency, transition and development phases.

Ambassador Adeoye held talks with stakeholders including the Secretary-General of the Arab League, Ahmed Aboul Gheit and the Assistant Secretary-General, Ambassador Hossam Zaki, and urged all to work together to strengthen the cooperation between the African Union and the League of Arab States to tackle emerging challenges to peace and security in the two regions.

DISCLAIMER: The Views, Comments, Opinions, Contributions and Statements made by Readers and Contributors on this platform do not necessarily represent the views or policy of Multimedia Group Limited.
Tags:
African Union
Conflict resolution