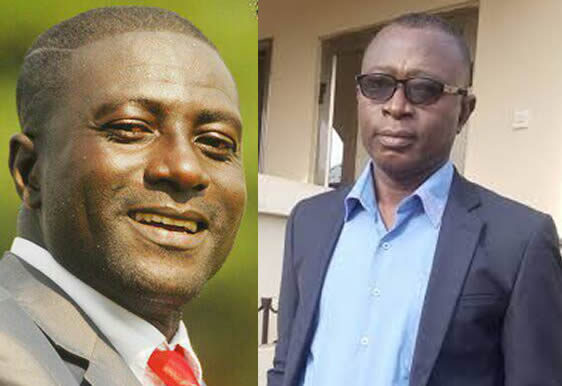 The killing of two residents in Agogo in the Ashanti Region has sparked the latest uproar against the activities of Fulani herdsmen.

The nomads have been accused of perpetrating crimes including murder and rape besides the destruction of farm crops through grazing by their cattle. Residents of Agogo and surrounding communities have for years raised concerns about the activities of Fulanis and their cattle in the area.

On Adom FM’s Morning Show ‘Dwaso Nsem’ Wednesday the host, Captain Smart waded into the controversy. He gave a brief history of the crimes allegedly committed by the herdsmen.

"In 1992, Fulani men raped a 12-year old nobody took the law into their hands. In 1998, Fulanis shot two men dead in the farm, leaving a three month old baby stranded.

The baby was found after the residents launched a three-day search for the baby. The baby almost died. From 2004, Fulanis were allegedly killing Agogo residents on almost a monthly basis."

An ‘Operation Cow Leg’, introduced by security forces in a renewed effort to curb the menace in January last year, has also not yielded results.

The Presenter then proceeded to grill the regional minister, Peter Anarfi-Mensah pointing out that he is a big disappointment for failing to implement a 2012 High Court ruling demanding the eviction of the nomads from some 12 communities in Agogo.

Below is a transcript of the interview between Captain and the regional Minister.

Captain Smart: Honorable, how far have you gone with the enforcement of the court rulling that came in 2012 ordering the eviction of the Fulani herdsmen?

Minister: The court ruling is being misunderstood. The ruling said there are some selected communities in Agogo where the fulanis should be removed from.

Secondly in those communities, some of the confined herbs are to be left there. SO the ruling needs better understanding and patience to implement. Again, we need tactics to implement the ruling.

Despite the challenges, all efforts are being made since the ruling to drive out the herds. For some years now there has been progress. Unfortunately the recent killings has disrupted the peace in Agogo.

Captain Smart: Are you saying that the court should have stated where we should take them to?

Minister: No that is not what I mean, all I am saying is that the rulling said we should remove them but we have to treat it in such a way that we will drive them away totally from the entire area. That is what I am saying.

Captain Smart: Have you been able to remove some since the order?

Minister: The enforcement of the rulling needs a tactical and technical approach in the enforcement. It is not all that easy to say that they should all go. And another issue is that as soon as you sack one batch, another batch emerges from other places like the Eastern region and some other places. So you need a strategic enforcement plan to evict them.

Captain Smart: Honourable, on the day of the rulling I was in court and the court did not say that the batch that was there should be driven out and then everything ends. But as the chairman of the regional Security Council, are you trying to tell me that for the past four years or so of the rulling, there is no security strategy?

Minister: No that is not what I am saying.

Captain Smart: But that is what you are implying.

Minister: Hold on, hold on, that is why I said that for some time now some sanity has prevailed in the area until recently. Unlike initially when there were rape cases and murder cases- all these crimes had reduced.

Minister: I am making a point, listen to me…

Captain Smart: No wait, in the wisdom of the court, it knew that some things would happen in future that is why it ordered that the nomads and their cattle be removed.

(Minister interrupts): I know that but…

Captain Smart continues: With all due respect honourable, listen to me. The court did not say that the people should be protected it ordered that the cattle and nomads be removed from those selected areas. You could not do it and that same community is where the killings happened.

Minister: That is what I am saying that the twelve communities were cleared of the nomads and their cattle…

(Captain interrupts) Honourable, repeat that for me please…Can you say it on authority? That the REGSEC has driven away some Fulanis after the court order?

Captain Smart: Honourable I understand that one. What I want to find out is that the communities that the court ordered that they be removed. The court order was explicit.  Did you remove them?

Minister: Yes we removed them but what happened was that some others emerge after some are sacked…

(Captain interrupts again) Did you remove the cattle from the selected areas?

Minister: Yes we did…

Captain Smart: Honourable with all due respect that is not true. I was at Fox FM when the court order came and I spoke with the then police commander and your predecessor and he said plans were being made to remove them. A year later the then minister said plans were far advanced.

Exactly 2 years after the court order, the Fulanis shot a man in front of his pregnant wife, and raped the woman until she had a still birth. And the police commander said they had called for reinforcement from Accra to drive them out. So if you say that you drove them out, I beg to doubt!

Minister: I have no problem if you doubt it. During our last meeting we had some new discoveries. When the security went to evict some nomads, some indigenes came to us to claim ownership of the cows. So some indigenes have been fronting for the Fulanis and we know them.

Captain Smart: So now you know the people who own the cattle, right?

Captain Smart: No I want a yes or no answer, honourable. Do you know the owners of the cattle in Agogo or not?

Minister: It wouldn’t be nice to disclose to you on air but we know them.

Captain Smart: Are they politicians?

Minister: No there isn’t a single politician on the list…

Captain Smart: Are they Chiefs?

Minister: I haven’t seen any chief’s name on the list

Captain Smart: Are there businessmen?

Minister: Yes that I can confirm

Captain Smart: And the rest, are they carpenters or masons.

The Minister laughed and said “They are Ghanaians.”

Captain Smart: So are you going to evict the Fulanis and their cattle or not?

Minister: When they cause havoc, we will.

Captain: Within one month, they have killed two people and set fire to people’s farms, which other havoc are you waiting to see?

Minister: You are not getting me…Captain what I am saying is that if the confined ones cause havoc, then we will evict them.