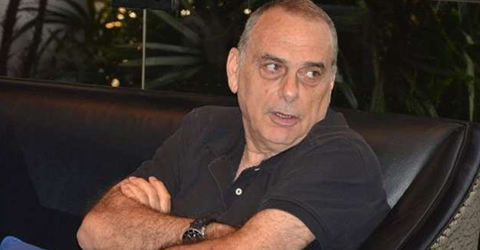 Black Stars coach has Avram Grant has outlined plans he has put in place for the development of the local league as well as coaches in the country.

The Israeli trainer who was mandated to upgrade standards of local coaches as part of his job as head coach of Ghana has earmarked plans to achieve this goal.

“We need to put few targets, first improve the pitches. The pitches is not for technical players. It does not cost a lot of money, sorry to say.”

“Second is courses. I organize courses few months ago. I organize more than this. We have a collaboration with the league and Managers association (LMA) which I agree with them about three waves of courses in Ghana, in England and the diploma but everything costs money.”

“So the people in charge, not just the GFA, I brought them everything and they are trying to do it.”

“They really want to do it but they need to find the money and then we will improve.”

The first of such courses the Israeli will have with local coaches will be held on Friday at the Alisa Hotel in Accra. According to the GFA, the seminar will enable the senior national team boss share ideas with coaches of the various Premier League clubs.

Grant signed a 27 month contract with Ghana which started in December 2014 and has been widely criticised for his lack of commitment to staying in the country to do hands-on work.