An improved second half performance accompanied with a magisterial display by Andre Ayew ensured a sixth straight semifinal appearance for Ghana as they overcame DR Congo 2-1.

A goal each from Jordan Ayew and Dede Ayew in the second half were all the Stars needed after a very difficult first half which saw the team record no shot on target.

Avram Grant opted for more legs in midfield by starting Thomas Partey, Afriyie Acquah and Mubarak Wakaso in midfield but the trio were on the periphery of the game for in the first half as the Congolese took the game to Ghana.

Hull City striker Mbokani should have opened the scoring after miscommunication between Daniel Amartey and Razak but shot against the post as the Leopards exerted their dominance in the game. Several other half chances were spurned by the Congolese as the game went on recess. 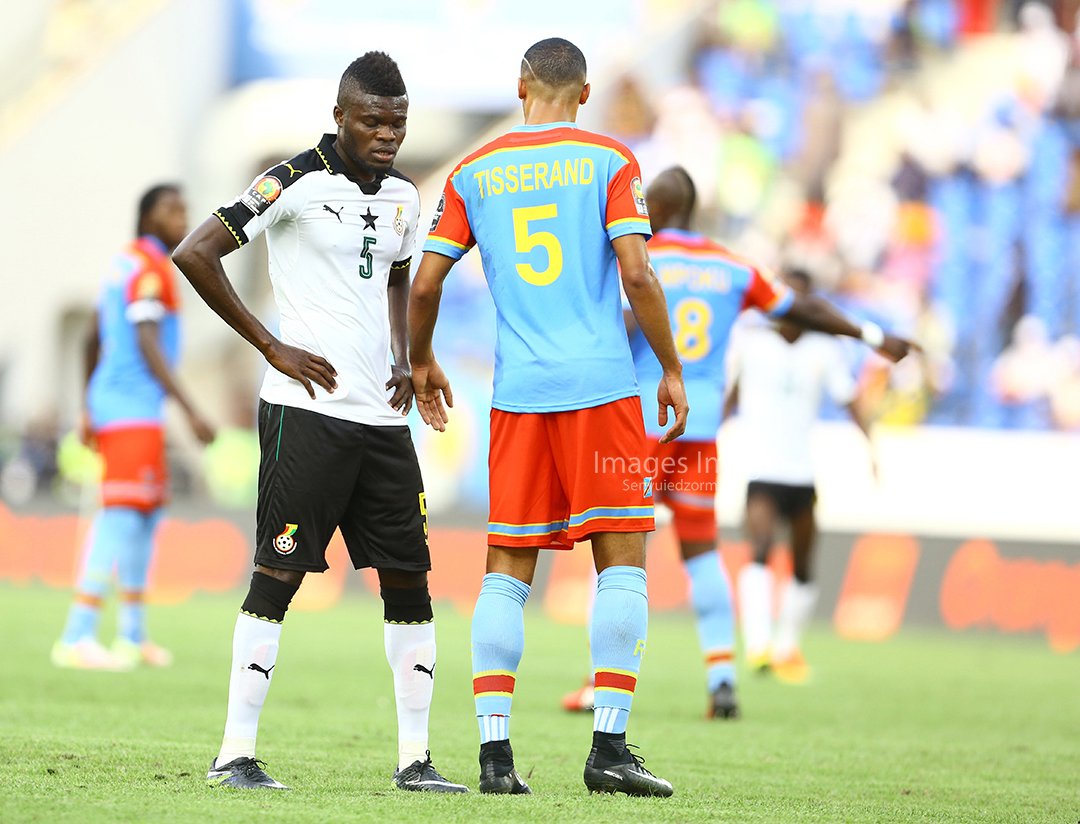 After recess, the trio of Ghana began to dominate the game more and it was Wakaso who slid in Jordan Ayew with a delicious ball and the

Aston Villa man picked his spot as he angled into the top corner to register his first goal of the tournament and Ghana’s first goal in the second half of the competition.

Their joy was however short-lived as Congolese Mpoku restored parity with a well taken strike from range after a quick freekick.

The goal did not deter Ghana and it was Christian Atsu, who had been largely anonymous  in the game, who latched onto a ball over the top but was fouled. 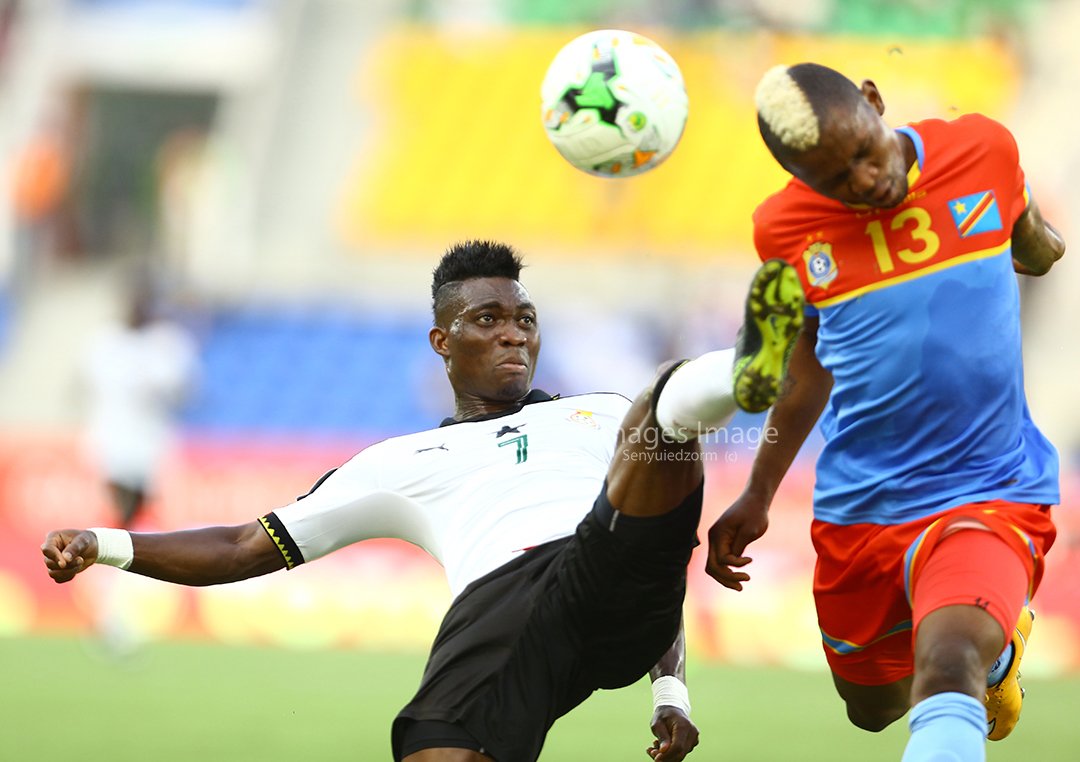 Dede Ayew stepped up and calmly converted for his second of the tournament and his eighth of the Cup of Nations to equal Asamoah Gyan’s record. 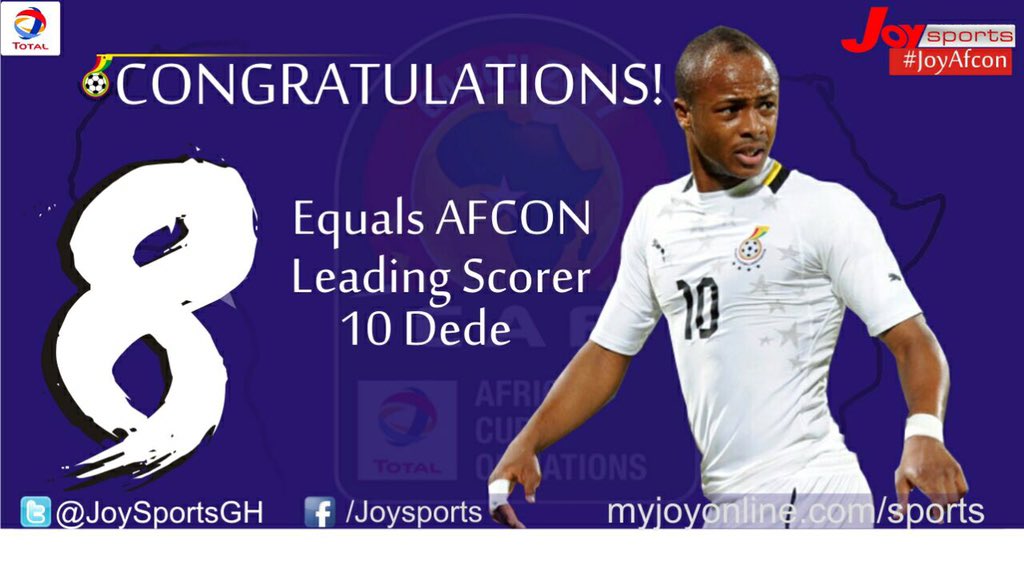 Dede by far put in an impressive performance, his best in the tournament, as he covered every blade of grass as well as hold up play very well and contribute defensively as well.

Ghana held on to book a semifinal date with Cameroon on Thursday in Franceville.