Bawumia was not the yardstick for our running mate - Alex Segbefia - MyJoyOnline.com

Bawumia was not the yardstick for our running mate – Alex Segbefia 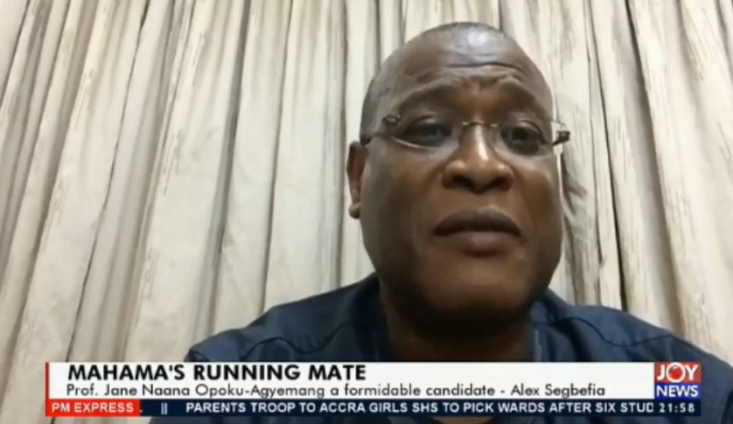 Deputy Campaign Manager for the National Democratic Congress’ Election 2020 bid, Alex Segbefia says Vice President Mahamudu Bawumia was not the yardstick for the selection of Prof Jane Naana Opoku Agyemang as running mate for the NDC flagbearer towards the upcoming general elections.

According to him, “we would be looking at a different type of animal and we have to move from that type of politics” should that have been the case.

Her appointment comes after months of speculations and several fake news stories on the former President’s choice for a running mate for his comeback bid.

Speaking on the PM Express July 6, Alex Segbefia stated that the selection of the running mate was to bring the much-needed change into Ghana’s political landscape.

He said, unlike the NPP’s Bawumia, Madam Opoku Agyemang “says what she means and means what she says.”

His comment comes on the back of earlier claims that the NDC would have to select a running mate who would be able to match Vice President Bawumia’s acumen in matters relating to the economy.

However, the NPP at a press conference in reaction to the selection of the Educationist said the NDC’s choice was “a clear indication that he [John Mahama] does not take the Ghanaian electorate seriously.”