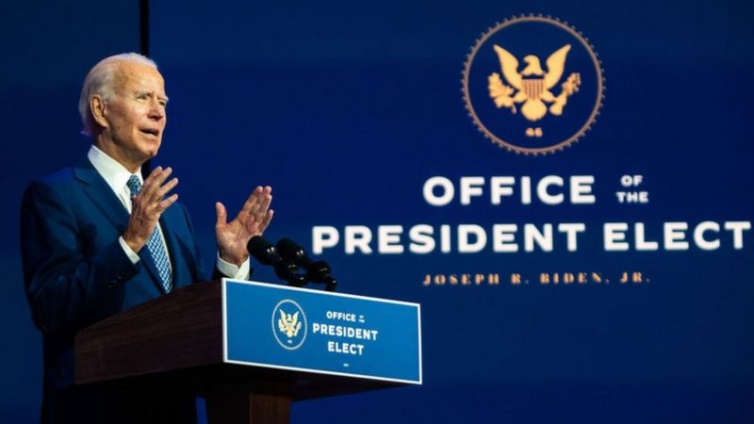 One of Joe Biden’s senior aides has attacked Facebook over its handling of conspiracy theories, calls to violence and disinformation in the days following the US election.

“Our democracy is on the line. We need answers,” tweeted Bill Russo, who is deputy press secretary to the US president-elect.

However, it has introduced “probation” as a measure to tackle the spread of disinformation within its groups.

This involves tasking the administrators of some politically themed groups with checking that all posts made within them follow Facebook’s rules. They have been warned that failure to comply could lead to their groups being shut down.

“We’ve removed several clusters of activity for using inauthentic behaviour tactics to artificially boost how many people saw their content,” Facebook said in a statement.

The social network has also frozen Mr Bannon’s personal page, preventing him from posting further content, according to the Washington Post.

But Mr Russo said it should have gone further.

“Steve Bannon literally called for the beheading of FBI director Wray and [infectious disease expert] Dr Fauci in a video on November 3,” he wrote.

“It was live on Facebook for 10 hours before it was removed after a journalist inquired about the video.