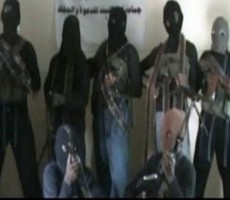 The Islamist group, Boko Haram appears ready to step up its bloody terrorists campaign after it said it was ready to attack Christians living in the northern part of Nigeria and confront soldiers sent to keep the peace in the area.

This threat, which included a chilling three-day ultimatium to Christians to leave the north, was issued late Sunday by a purported spokesman for the group.

The statement is the group’s first reaction to the decision of President Goodluck Jonathan to declare a state of emergency in four states where the group’s actions have been rampant.

Abul Qaqa, who has spoken on behalf of the group blamed for scores of attacks in Africa’s most populous nation numerous times in the past, tried to play the religious card when he alleged that soldiers sent to try to keep the peace would be targeting Muslims.

“We find it pertinent to state that soldiers will only kill innocent Muslims in the local government areas where the state of emergency was declared,” he told journalists in a phone conference late Sunday.

“We would confront them squarely to protect our brothers.”

Speaking in Hausa, Qaqa said “we also wish to call on our fellow Muslims to come back to the north because we have evidence that they would be attacked.

“We are also giving a three-day ultimatum to the southerners living in the northern part of Nigeria to move away.”

Boko Haram is believed to include different factions with varying aims. Its structure remains unclear and other people have claimed to speak on its behalf.

Muslims have been victims of Boko Haram attacks, but a wave of Christmas day bombings particularly targeting churches set off fears of retaliation from Christians.

Jonathan declared a state of emergency on Saturday in parts of four states hard hit by violence blamed on Boko Haram.

The declaration came in response to scores of attacks attributed to Boko Haram, particularly the bombings on Christmas that killed 49 people, most of them in a gruesome blast at a Catholic church outside Abuja as services were ending.

Qaqa also criticised Jonathan for visiting the church, where 44 died in the explosion, on Saturday.

“The President had never visited any of the theatres were Muslims were massacred,” he said, naming areas where scores of Muslims were killed in post-election riots in April.

While Boko Haram has been carrying out increasingly deadly attacks for months, including an August suicide bombing of UN headquarters in Abuja that left 25 dead, the Christmas violence sparked intense fear and outrage.

It also led to warnings from Christian leaders that they would defend themselves if such attacks continued, raising deep concern.

While declaring the state of emergency in Africa’s largest oil producer, Jonathan acknowledged that the attacks “have threatened our collective security and shaken the foundations of our corporate existence as a nation.”

It was declared in parts of the states of Borno, where Boko Haram has traditionally had its base, as well as Niger, Plateau and Yobe.

In Maiduguri, the capital of Borno state, residents reported increased patrols on Monday. Soldiers had been entering homes in search of weapons and bombs, they said.

After the searches, soldiers told residents to report any unusual behaviour or abandoned vehicles which may contain planted bombs.