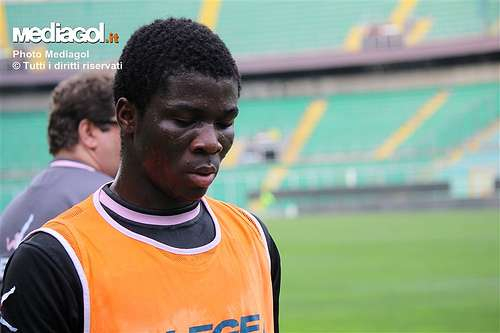 It has been confirmed that Bologna have outwitted Napoli to the signing of the midfielder after reaching agreement with Serie B side Cagliari.

The 19-year-old has long been linked to Italian champions Juventus who were later put out of a protracted race by Napoli in recent days. But the Naples side according to reports decided to let go after deeming too high, Cagliari’s loan and resale demands which was to rise in excess of €10 million.

Newly promoted Bologna who had also been interested in handing Donsah a second spell and better first team chances in the Serie A this season have moved to sign him on an initial loan deal believed to be worth €2 million.

The Rossoblu have secured a mandatory to secure Donsah’s full ownership for another €4 million after the 2015/16 plus another million if he helps the club maintain their Serie A status. Cagliari will also benefit up to 25% on a future sale of the Ghana Under-20 star.

Donsah who scored twice in 21 Serie A appearances for Cagliari will be in Bologna to discuss personal terms and carry out a medical on Saturday.