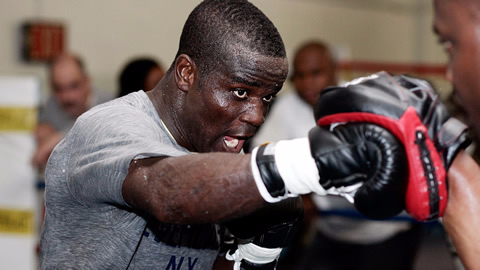 Boxer Joshua Clottey has revealed he will hang his boxing gloves in two years time.

Clottey faces Anderson Clayton in a highly- rated light middleweight contest in a bout which he has vowed to win to honour the memory of his late trainer Godwin Nii Dzanie Kotey next month.

The 39 year old who has a record of 39 wins and five loses making up his professional record says he will call it a quit at 41.

“I will hit 39 this year and by 41 I think I have to call it a quit, so in two years time I will be done,” he told reporters

“I almost fought a world title last year but my opponent pulled out-reasons only known to him.

“I can promise my fans of something big before I retire so I just need their support and prayers to make things happen.”