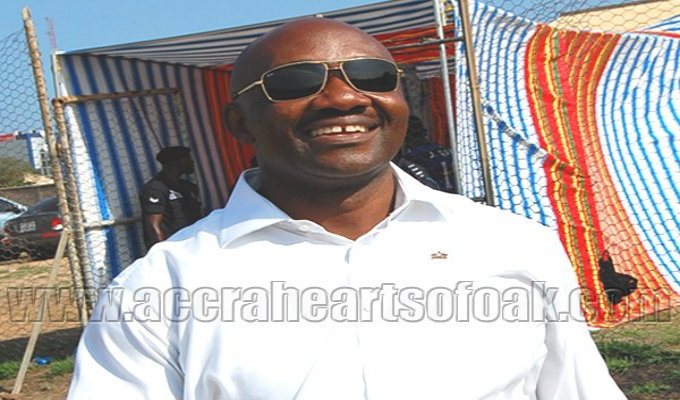 Football administrator and Board member of Accra Hearts of oak,Frank Nelson Nwokolo, has said he does not want the Black Stars to be paired against World Cup hosts, Brazil and defending champions, Spain during next week's draws for the 2014 FIFA World Cup slated for Brazil.

"All the teams that qualified for the finals are tough teams to have made it to Brazil in the first place," Nelson pointed out.

"So there's no small or push-overs among them but I believe that it's always difficult playing against host teams in major competitions like this.

"And again, Spain are the defending champions and we saw how they played during the FIFA Confederations Cup last June, so Black Stars being in the same group may not be the best".

Nelson further said the atmosphere in Brazil during next summer's Mundial will be different from what obtained during the Confederations Cup last summer.

"The Black Stars have grown in experience and confidence. There was no Isaac Vorsah, Jonathan Mensah  and few others during the matches against Egypt and this time, they will all be on parade.

"So we're bound to see a better  Black Stars team in Brazil. The atmosphere will be more intense and only the better prepared side will go through.

"Having said that, I would say this is the time for the Ghana FA  to ensure that the Black Stars prepare well for the World Cup.

"There should be more quality friendly games as usual and enough time for camping of the players so that at the end of the day, a well prepared Black Stars will emerge and surpass their previous performances at the World Cup", the experienced handler posited.