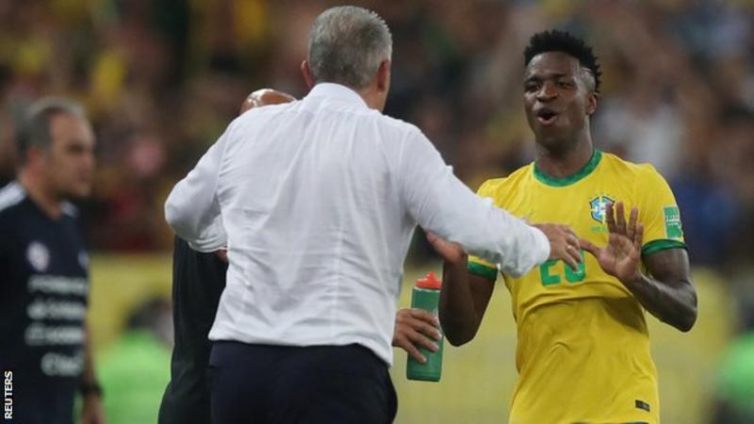 Brazil have qualified for every World Cup finals since 1930

Vinicius Junior scored his first international goal as Brazil thrashed Chile 4-0 in their World Cup qualifier at the Maracana stadium.

The Real Madrid player scored either side of Neymar and Philippe Coutinho penalties for the hosts, who had already reached the finals in Qatar.

Uruguay and Ecuador also secured automatic qualification for this year’s tournament on Thursday.

They will join group leaders Brazil and second-placed Argentina, who play Venezuela on Friday, at this year’s tournament.

Uruguay beat Peru 1-0 while Ecuador lost 3-1 to Paraguay, but fifth-placed Peru’s defeat means they cannot now catch either of them.

Peru, Colombia and Chile will now compete for fifth place and a play-off spot against a team from the Asian confederation.