Brazil voters: ‘Our candidate isn’t perfect, but he beats the alternative’ 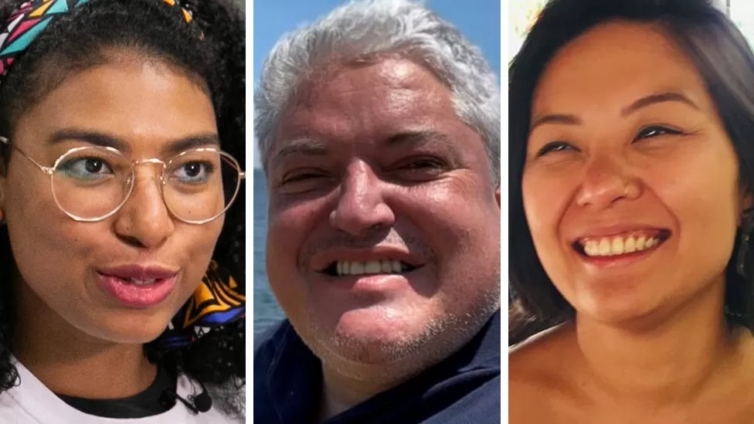 There is one thing that Brazilians agree on: Sunday’s presidential election may just be the most important one since the South American nation’s return to democracy in the 1980s.

Four years after far-right leader Jair Bolsonaro swept into power on a wave of voters’ discontent with high levels of corruption and disillusionment with mainstream politics, the country is deeply polarised.

Both Mr Bolsonaro, who is running for a second term, and his main rival, former president Luiz Inácio Lula da Silva, have core groups of supporters whose loyalty is hard to match.

Bolsonaro supporters often receive him with chants of mito (legend), while some hardcore followers even call him a god.

Many Lula supporters are equally passionate, seeing their candidate as a saviour who they hope will put an end to the Bolsonaro presidency.

With opinions in the two camps thus entrenched and unlikely to shift, it will arguably be the less polarised voters who could sway the outcome on election day.

Sergio Pimentel, 49, is a public attorney for the state of Rio de Janeiro. “I would vote for anyone to get Bolsonaro out, he is unacceptable,” he says.

“Bolsonaro was a huge mistake we made and he needs to go. Brazil is an international pariah, we have no credibility on the international scene, the economy is not going well and we must vote him out,” the lawyer says.

While Mr Pimentel has voted for Lula since 1989 – the first election following Brazil’s return to democracy after military rule – it bothers him that the two-times former president is seen as a “messianic leader”.

“This is a mistake we still make, to think that one person can solve all our problems, and then we give up our duties and responsibilities as citizens.”

But he feels that “Lula is the only one [who can beat Bolsonaro], we didn’t find anyone who could be a third-way candidate”.

And while Mr Pimentel criticises Lula’s Workers’ Party (PT) for not encouraging the emergence of other left-wing parties, he praises Lula for tackling inequality during his two terms in office.

He thinks that with homelessness on the rise again, the 76-year-old is the only candidate willing to confront the problem.

Amanda Costa, a 25-year-old black climate activist from a favela (poor neighbourhood) in São Paulo, says she is disappointed that there is not a more diverse choice on offer in this election.

“I’m super-frustrated about this,” she says. “We don’t have someone younger than Lula, or black, or a woman, this is a structural problem.”

But she adds that after being invited to a Lula campaign event this week, she was encouraged to see “a lot of black people” there and thinks that – if elected – Lula would incorporate more black politicians into his team.

She praises the introduction of affirmative action policies in higher education during Lula’s terms between 2003 and 2010. “Because of Lula, my mother was able to go to university in her 40s to study radiology,” she says.

She says that as a climate activist, she has found the last four years under the Bolsonaro government “very hard” and will vote for “anyone who can win against Bolsonaro” – and she thinks that person is Lula.

“We had all this chaos [under Bolsonaro], such as deforestation and fires in the Amazon, and when I was deciding on who to vote for, I was considering their climate agenda,” she says, adding that President Bolsonaro is “killing our environment”.

Businessman Carlos Cintra, 55, who has been working in financial markets for decades, is more concerned about the economy and worries that if Lula is elected, the achievements that he attributes to the Bolsonaro government will be squandered.

“These achievements haven’t been covered in the media and they’re not on the macro-economic scale, they’re micro-economic changes, so they’re not as visible. Like the bill that gives incentives to coastal navigation in Brazil and which aims to reduce the cost of transporting goods,” he says.

Carlos Cintra says that he found previous Workers’ Party governments too interventionist and that a Lula government would meddle in business.

“To vote for change now, after four years with wind in our sails, would be wrong. He [Jair Bolsonaro] has steered us onto the correct course – to change direction now would be a mistake.”

His friend João, 61, is more concerned that a win for Lula – who served time in prison for corruption before his convictions were annulled by the Supreme Court – could mean that Brazil loses its standing abroad. “I feel ashamed that he should even be running as a candidate,” João says.

João admires the values he says President Bolsonaro stands for: “Patriotism, real patriotism, which for me is the defence of the family and of family values.”

He says he fears that a win for Lula would lead to “an attack on family values”.

João concedes that President Bolsonaro can at times be rude and uncouth, but he treasures his defence of “traditional Christian values”.

Both Carlos and João think that there is a “progressive wave” in universities and schools and that “anti-Bolsonaro coverage” in the media is influencing their children.

Carlos says that his daughter – influenced by reading anti-Bolsonaro media coverage – is voting for Lula and João is not sure for whom his 22-year-old daughter will cast her vote.

João says that his two older daughters are backing President Bolsonaro, while the youngest, who studies at a left-wing university, listens to his argument but remains quiet.

Fernanda Okuyama, a 38-year-old who is descended from one of the many Japanese families who migrated to Brazil during World War One, says there have also been shifts in the way her family votes.

Her family welcomes the educational opportunities that successive Workers’ Party governments opened up and her father voted for it in the past, she says.

But having worked for state-run oil giant Petrobras and seen his pension shrink after the company was embroiled in a corruption scandal in which kickbacks were funnelled into the coffers of the Workers’ Party, he switched his vote to Jair Bolsonaro in the last election and plans to vote for the incumbent again this time.

Fernanda, though, plans to vote for Lula because she thinks that some of the achievements of previous governments were reversed under President Bolsonaro.

“Investment in education was cut,” she says. “My parents were the first in my family to go on to higher education, while my grandmother only went to school until she was 12.”

“Families like mine, which had to overcome hardship, value education and I studied at a public university,” she adds.

What she wants to see from the next government is a long-term investment in education.

“I want the next president to come up with a consistent plan, so that people can improve their situation. It’s not about the next four years, but the next 20 years, so that we can level the inequalities which exist.”

She also hopes that whoever wins will try to breach the gulf which has opened up between voters on different sides – a project which, judging by the acrimonious nature of the campaign, could also take time to achieve.

DISCLAIMER: The Views, Comments, Opinions, Contributions and Statements made by Readers and Contributors on this platform do not necessarily represent the views or policy of Multimedia Group Limited.
Tags:
Brazil
Brazil elections
Brazil presidential elections