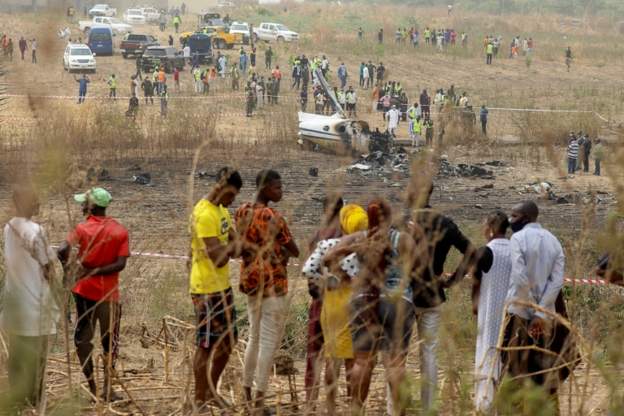 Nigerian President Muhammadu Buhari has condoled with the families of seven soldiers who died in a plane crash in the capital, Abuja.

The authorities have launched an investigation into the crash.

The Nigerian Air Force said the families of all the victims had been informed of the deaths.

President Buhari described them as “dedicated and courageous”.

Deeply saddened by the fatal crash of the @NigAirForce KingAir B350i aircraft today in Abuja, that claimed the lives of seven personnel. On behalf of the Federal Government, I extend heartfelt condolences to family members, friends and colleagues of those who died.

The plane took off from Abuja and was headed to Minna, in the northern state of Niger, when it turned back following engine failure, according to the military.

It crashed short of a runway.