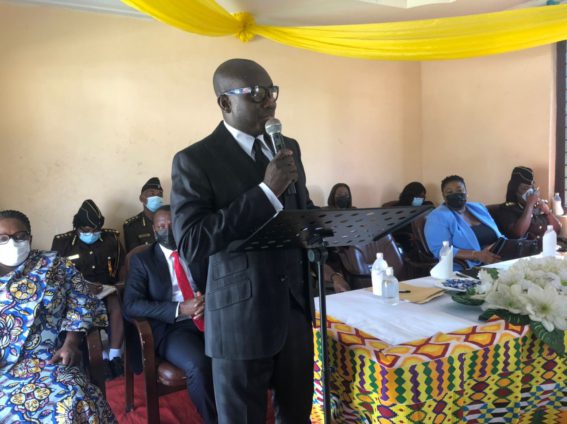 Attorney-General, Godfred Yeboah Dame says Cabinet has approved a bill that will introduce plea bargaining as an option to enable the state not always to push to have criminals jailed.

This will, however, not cover all crimes.

Crimes such as treason, murder, kidnapping, for instance, will be exempt from this arrangement.

Mr Dame made this closure when he visited the James Town prison and the Senior Correctional Centre in Accra on Thursday.

He was received by the Director-General of the Ghana Prisons service Isaac Egyir.

Mr Egyir said the Justice for All Program which took off in 2007, has so far seen 1,597 inmates granted bail, 28 referred to Psychiatric Hospital and 839 persons discharged.

The program is geared at having judges and state attorneys hold court hearings in various prison facilities to deal with persons on remand.

Mr Egyir said the program had drastically reduced congestion in the prisons, with the total prison population now standing at 13,559 as of November 17, 2021.

He urged the AG to establish a central electronic case management system with defined operational procedures to streamline processes that will guide criminal justice agencies and other measures to improve the conditions of the prisons.

Mr Dame said government was committed to decongesting the nation’s prisons. Two legislations form the anchor of the strategy.

One seeks to amend the Criminal Procedure Act, 1960 (Act 30) to allow plea bargaining, while another aims to introduce an alternate sentencing regime.

“I consider plea bargaining an innovative measure that will decongest the prisons”, Mr Dame said.

Such a deal, he explained, will require the approval of the Attorney General.