A coalition of car dealers and owners on Thursday staged a demonstration against the luxury vehicle tax in Accra.

They drove their vehicles in a convoy through some principal streets, protesting the levy which was introduced by the government in August 2018 specifically for vehicles with engine capacity of 3.0 litres and above.

Wearing red armbands, some of them carried placards and had car stickers with various inscriptions such as “Ken Ofori Atta wake up”, “Vehicle taxes is a bad idea, Ken Ofori Atta”, “arrest the Dollar and stop the killer taxes”, Car dealers Y’enu yehu”, “Kill the killer taxes”, “Stop vehicle luxury tax”, “This is fraud”, “Give us explanation on luxury taxes”, and “Mr President remember your words.” 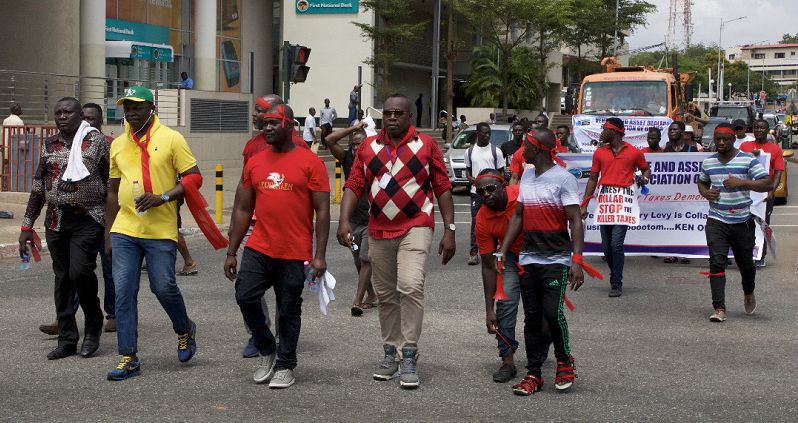 The government introduced the vehicle luxury tax in August 2018 as a new policy to help raise more revenue.

Mr Eric K. Boateng, chairman of VADAG and a convenor for the demonstration said the group wants government to scrap the luxury vehicle tax.

He said they have given a two-week ultimatum to government to act or face their anger, adding that they were prepared to embark on a series of demonstrations across the country if government fails to listen to their plea.

According to Mr Boateng, over 5,000 supposed luxury vehicles have been parked in various garages across the country as prospective buyers have refused to buy them because they were trying to avoid the levy. 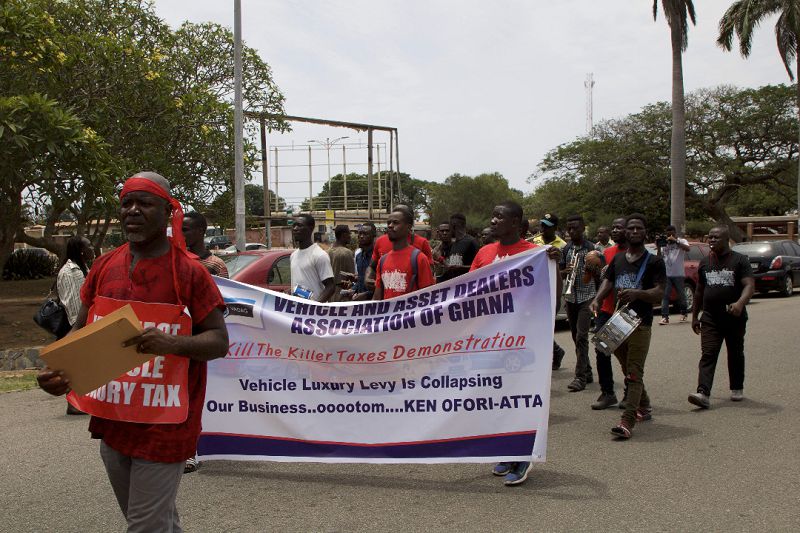 He said those who went for loans to import their vehicles are unable to pay back and are being harassed by their bankers.

Others, he said have not been able to afford their children’s school fees becasusetheir businesses were suffering with their investments locked up vehicles parked at garages.

For his part, the General Secretary of the Vehicle and Asset Dealers Association of Ghana, Nana Yaw Owusu Duodu, said the impact of the tax “is so huge to the extent that our vehicles are not being patronised.”

“We are demonstrating against the nuisance tax policy being implemented by the government,” he said.

The National Spokesperson of the True Drivers Union, Mr Yaw Barima, described the luxury vehicle tax as a "fraud" and an attempt to collapse businesses of spare parts dealers and car importers in the country.

Rev Michael Amponsah Ababio, an owner of a car with engine capacity of 3.0 said the tax is affecting his evangelism work as he cannot raise the tax as well as maintaining the vehicle. 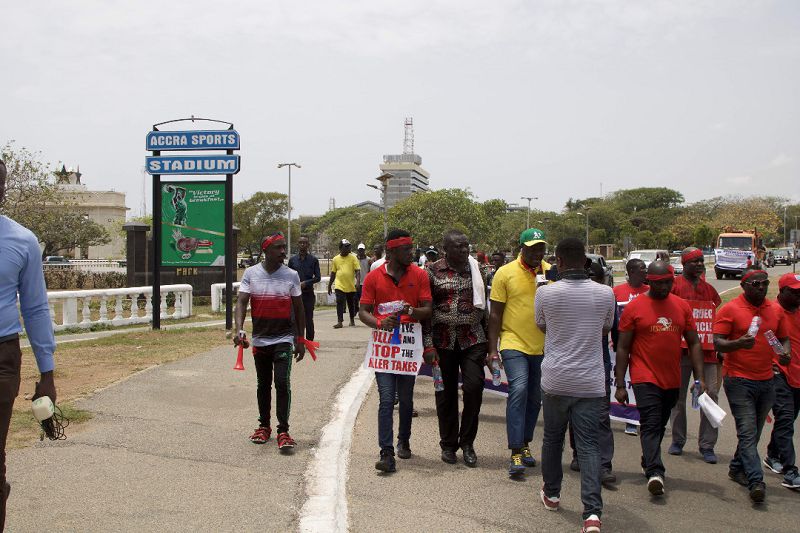 The independent presidential candidate in the 2016 general elections, Mr Jacob Osei Yeboah who took part in the demonstration said, the ultimate aim of the luxury vehicle tax was to collapse businesses.

According to him, the levy has a lot of ripple effects on many businesses, particularly that of car importers and spare part dealers.

He was of the view that the tax was not well thought through and noted that government needs to urgently review the tax in order not to collapse people’s businesses.

Mr Yeboah who described himself as the president of the needy said if governmentdoes not listen to the cries of industry players, there will be unending series of demonstrations against the government just as it is happening with the “yellow vest” in France.

“Laws are not supposed to take retrospective effects but that is what is happening. This law was introduced overnight,” he bemoaned.