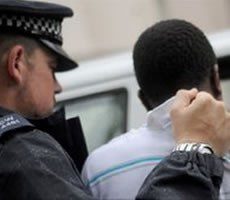 A notorious car snatcher in Kumasi, Victor Owusu, has been handed a staggering 110-year prison sentence by a Kumasi Circuit Court one for his alleged involvement in two separate car robbery incidents.

Briefing the media, Corporal Godwin Ahianyo of the Public Relations Office, Ashanti Regional Police Command, said in the first case, Victor Owusu, a carpenter, William Oppong, a driver and another person currently at large, are the suspects.

He said the robbers, around 5:30.a.m of March 15, 2011, at gunpoint dispossessed a man of his Toyota Rav 4 which he was washing at Dompoase near Atonsu in Kumasi.

They then parked the vehicle in the house of William Owusu’s brother, a witness in the case, and promised to come for the car later.

Later on, the witness heard an announcement on radio about a missing car which description clearly matched the car in his house.

He immediately informed the Abuakwa police who stormed the house and took the car to the station.

The two suspects managed to escape police arrest until William Oppong was picked up by the Accra Regional Police Criminal Investigation Department which handed him over to the Kumasi office.

All efforts made by the police to locate Victor Owusu proved futile.

He said in the second case, one Evans Frimpong, a Marketing Officer, Ghana Nuts Limited, Techiman, was the complainant who’s VW Passat, with registration number GR 8084 W, was snatched by Victor Owusu, Faisal Ibrahim and another person at large.

The accused persons, on July 26, 2011 around 10:30.p.m traced the car owner from the Komfo Anokye Teaching Hospital (KATH) roundabout to his family house at Kwadaso Nsuom.

On reaching a spot at Kwadaso Nsuom, one of the suspects stopped the car, under the pretext of asking for a lift. The driver stopped only to be robbed at gunpoint by the three suspects.

A man that knew the car and its owner later spotted the vehicle being driven by a different person at Techiman so he contacted the car owner who told him that robbers had snatched the car in Kumasi the previous night.

The said man then alerted the Techiman police who nabbed the occupant of the car and upon questioning, he admitted to the offence and mentioned Victor Owusu and another person as his accomplices.

The police made the man call Victor Owusu on phone in Kumasi and telling him that the car had run out of fuel in Techiman. Owusu decided to travel to Techiman to help, but he was grabbed by police.

The suspects were ferried to Kumasi where Victor Owusu was identified as the same person on the police wanted list for another car-snatching incident at Dompoase near Atonsu.

The car snatchers in the two incidents were arraigned and the presiding judge sentenced Victor Owusu and William Oppong to 60 years each for stealing a car at Dompoase.

The court then sentenced Victor Owusu and Faisal Ibrahim 50 years each for stealing the VW Passat.