Cardinal Baawobr was a champion for the poor – Wa Catholic Diocese 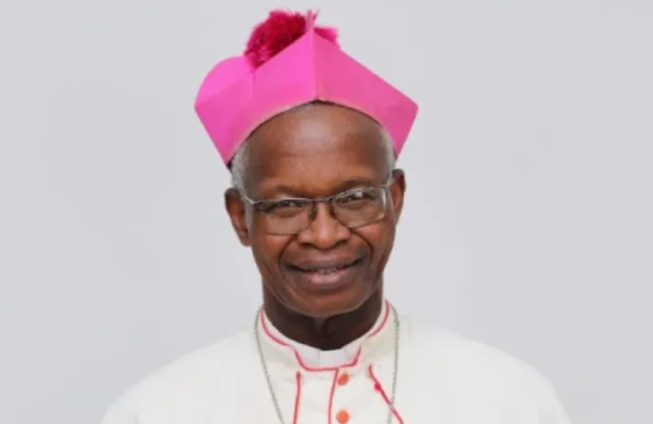 A member of the Wa Catholic Diocese, Rita Olinaa, has eulogised the late Cardinal Richard Kuuia Baawobr for his selflessness.

His Eminence Cardinal Richard Kuuia Baawobr passed away on Sunday, November 27, in Rome according to a statement issued by the Secretary-General, Missionary of Africa. He died aged 63.

Speaking to JoyNews‘ correspondent Rafik Salam, Rita Olinaa said Cardinal Baawobr was a champion for the poor, mentally challenged and the girl-child.

“I have known Cardinal for quite a while and he’s a very good man. He’s the reflection of Christ himself and the faith he has is so deep-rooted that when you get close to him, you get settled.

“He’s somebody who has the poor and the less-privileged at heart, the mentally challenged, the people that don’t have families, people that are going through conditions that are not good.

“Cardinal always said that he feels happy when others are happy”, Rita said.

A Rev of the Wa Catholic Diocese, Rev Father Banabas, when relaying the sad incident to the Catholic Church said they had hoped that Cardinal Baawobr would regain his strength and return to fellowship with the church.

But “unfortunately for us, we were all greeted with the sad news that at 6:25pm, our dear Cardinal passed on to eternity.

“Sad news for all of us, heartbreaking news for all of us, but of course, we commit his soul unto the Lord whom he served so faithfully that God in His own mercy, raise him up and one day, all of us will continue to join him in heaven kingdom”, Rev Father Banabas stated.

However, members of the Catholic Diocese in Wa are in shock and yet to come to terms with the death of Cardinal Richard Baawobr.

On Monday, the Secretary-General, Missionary of Africa announced the death of Cardinal Richard Kuuia Baawobr and commiserated with the late Cardinal’s family, diocese, his fellow bishops, and his friends.

“Our confrere was taken by ambulance from the Generalate to the Gemelli Hospital at 5:45pm and we received the sad news at 6:25pm.

“May Richard rest in the peace of his Lord whom he so generously served,” the statement said.

Cardinal Kuuia Baawobr was hospitalised in August at the Santo Spirito Hospital in Rome shortly before the Vatican ceremony in which he was to receive a red biretta from Pope Francis.

He underwent a heart surgery during the period and was discharged on Friday, November 18 from Agostino Gemelli University Hospital/Policlinic where he had been transferred to on Saturday, October 15.

The 63-year-old received the title of cardinal while being treated in the Roman hospital. Pope Francis asked people to pray for Baawobr at the end of his homily for the consistory.

Baawobr was recently elected head of the African Bishops’ Conference, the Symposium of Episcopal Conferences of Africa and Madagascar (SECAM), at the end of July.

He has led the Diocese of Wa, in northwest Ghana, since 2016, and is known locally for his charity and care for people with mental disabilities in a country where the stigmatization of mental illness is still high.

Six years ago, he launched a diocesan street ministry that brings together parish volunteers and healthcare professionals to provide care and medical assistance for people with mental disabilities who have been abandoned by their families.

DISCLAIMER: The Views, Comments, Opinions, Contributions and Statements made by Readers and Contributors on this platform do not necessarily represent the views or policy of Multimedia Group Limited.
Tags:
Cardinal Richard Kuuia Baawobr
Wa Catholic Diocese