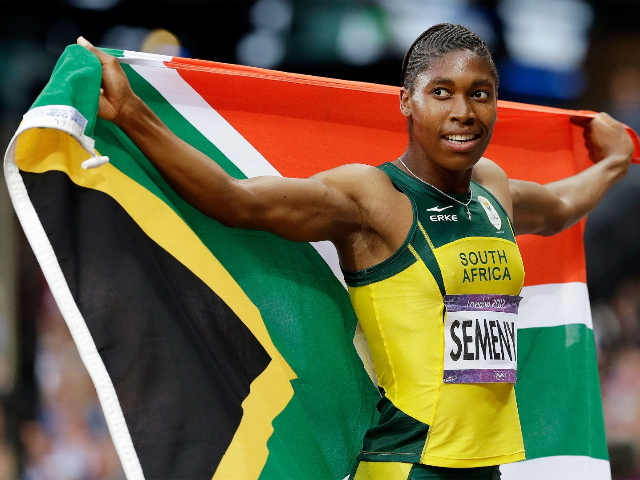 Olympic 800m champion Caster Semenya, 28, is challenging the International Association of Athletics Federations (IAAF) over its bid to restrict levels of testosterone in female runners.

The UN called the plans "unnecessary, humiliating and harmful".

The IAAF said the motion given to the UN contained "inaccurate statements".

Under the IAAF rules, female athletes with naturally high testosterone levels would have to race against men or change events unless they took medication to reduce those levels.

The regulations will apply to women in track events from 400m up to one mile and require that athletes have to keep their testosterone levels below a prescribed amount "for at least six months prior to competing".

The issue was discussed at the UN Human Rights Council's 40th session in March, at which delegates asked for a detailed report to be put together for a future meeting.

In the meantime, the body put on record its "concerns" with the IAAF proposals.

The council said it wanted governing bodies "to refrain from developing and enforcing policies and practices that force, coerce or otherwise pressure women and girl athletes into undergoing unnecessary, humiliating and harmful medical procedures in order to participate in women's events in competitive sports".

Writing in the British Medical Journal, experts recently claimed the IAAF's regulations risked "setting an unscientific precedent for other cases of genetic advantage".

The IAAF intended to bring in new rules on 1 November 2018 but the subsequent legal challenge prompted that to be delayed until the Court of Arbitration for Sport (Cas) had ruled on the matter.

That ruling was due on 26 March but Cas has postponed it until next month.

A win for Semenya would see her free to continue competing the way she has always done, but a loss means the South African athlete could end up not competing altogether, competing against men or having to take medicine to lower her hormone levels.

Semenya has previously been asked to undertake gender testing by athletics chiefs, but no results have officially been made public.

Testosterone is a hormone that increases muscle mass, strength and haemoglobin, which affects endurance.

How has the IAAF responded to the UN's motion?

In a statement provided to BBC Sport, the IAAF said "It is clear that the author is not across the details of the IAAF regulations nor the facts presented recently at the Court of Arbitration for Sport.

"There are many generic and inaccurate statements contained in the motion presented to the UN Human Rights Council so it is difficult to work out where to start.

"The common ground is that we both believe it is important to preserve fair competition in female sport so women are free to compete in national and international sport.

"To do this it is necessary to ensure the female category in sport is a protected category, which requires rules and regulations to protect it, otherwise we risk losing the next generation of female athletes, since they will see no path to success in female sport."