Chance The Rapper to return to Ghana in July with 'big group' - MyJoyOnline.com 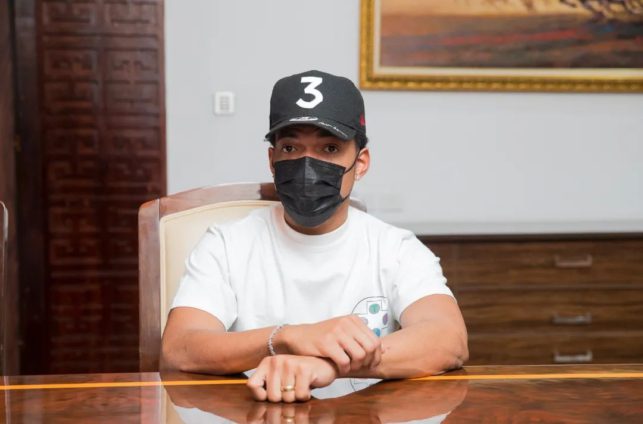 Grammy award-winning artiste, Chance The Rapper is expected to travel back to Ghana in July, 2022.

In an announcement posted on Twitter, he revealed that he hopes to make it back into the country not alone but with a big group of people.

Chance the Rapper promised that persons interested in coming along with him to Ghana would feel at home.

“Ghana will celebrate its 65th year since it FOUGHT and gained its independence. I wanna go back in a big group in July. I promise you’ll feel at home,” Chance The Rapper wrote.

The announcement was accompanied by a video compilation the rapper seemed to have done during his time here.

Some things captured in the video includes his travels, hikes, interaction with some locals, the Black Star Square and others.

Ghana will celebrate it 65th year since it FOUGHT and gained its independence. I wanna go back in a big group in July. I promise you’ll feel at home 🇬🇭 JLIG (2022) shot by me pic.twitter.com/3NMpniktOG

Since arriving in the country, the award-winning musician has been spotted at numerous sites and events. One of his activities that got the country talking was his visit to a church on Sunday (January 9) morning.

According to a post on Instagram, the church where he worshipped was built by his family years ago. He also revealed that his family has built a school in Jamestown.

Also, he linked up with many musicians including Darkovibes, Sarkodie, King Promise and M.anifest.

Chance The Rapper also met with President Akufo-Addo at the Jubilee House. He visited the seat of government with his friend and colleague, Vic Mensa.