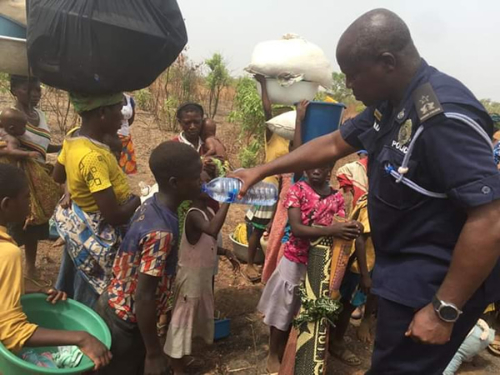 The death toll in the renewed clashes between Konkombas and Chokosis in North East regional district of Chereponi has risen to three in the latest provisional assessment by the National Disaster Management Organization (NADMO).

Northern region Coordinator, Abdallah Hindu told Joy News they are still unable to reach out to the displaced due to the volatile situation.

So far, the Organisation’s assessment reveals that 1,860 people have been displaced.

“Victims are currently camped in private houses and church halls in the Yunyoo district. In Gushegu, the fight is not going on there but we have a camp there, which was used the last time the conflict broke,” he told Joy News, Tuesday.

According to him, there were 690 people but the figure has ballooned to 920 as more people have filed into the camp.

“In Chereponi itself, we recorded 16 burnt communities and the victims are currently living in the township with relatives and friends. We did not have a camp for them,” he said.

More persons are feared injured in days of violent clash between the two feuding ethnic groups. The police have arrested eight suspects in connection with the violence there.

Government has told feuding factions in Chereponi that violence is not the path for resolving any challenges in the society.

This follows renewed clashes between the Konkombas and Chokosis in the Chereponi District of the North East Region over the weekend.

Police PRO DSP Mohammed Yusif Tanko tells JOYNEWS some weapons have been retrieved from the suspects.

“So far the combined team of police and military who are on the ground around the Chereponi area have been able to arrest eight persons in connection with the violence. They have been able to retrieve six single barreled guns plus one locally manufactured.

“On Tuesday morning, we did not hear of any violence around the area. We have been able to send more men on patrol and also to get to the interior to respond more to distress calls,” he said.

DSP Tanko said they are hopeful of bringing the situation under control soon adding that as of now the employed tactics is working to their advantage.

He appealed to the leadership of the two factions to call their people to order.

“We let them understand that they cannot get peace and development through the use of guns, machetes, firearms and violence to destroy properties and lives.

Meanwhile, Deputy Northern Regional Minister-designate John Benam says he will work to ensure proactive intelligence sharing as the sure way to end recurring violence in Chereponi.

Responding to questions during his vetting before parliament’s appointment committee, he said he will bring his experiences on conflict resolution help facilitate a lasting peace in the area.