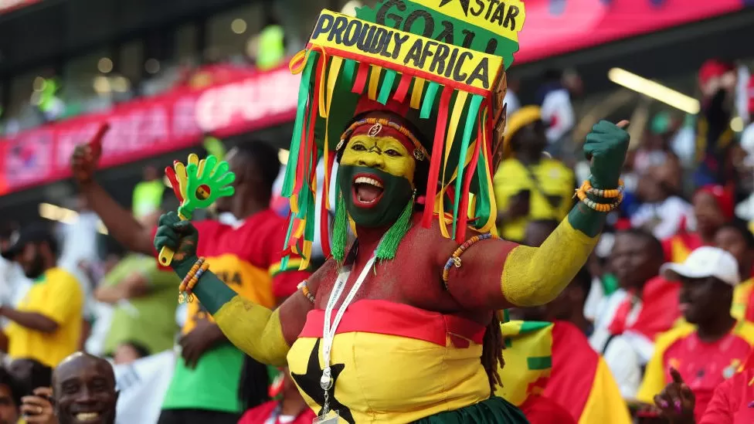 The phrase “football is nothing without fans” has become so accepted as to be cliché among some commentators. But Chinese state TV has been testing that assumption to its limit throughout the World Cup.

On Monday, as Ghana beat South Korea in a classic World Cup clash, subtle changes to China’s coverage of the match ensured viewers were not exposed to images of maskless supporters – and to a world moving on from Covid restrictions.

Those watching on the BBC – and in most places around the world – will have seen their screens filled with the image of a beaming, maskless, Ghana fan celebrating excitedly as the camera zooms in.

After Mohammed Kudus fired home the winner in the 68th minute, images of dancing and cheering fans – as well as shots of anxious South Korea fans – were beamed around the world.

But not in China, where those watching on the state broadcaster’s sports channel, CCTV 5, will have experienced these moments differently.

Instead of being shown the raucous fans, Chinese viewers saw the reactions of South Korea’s coach Paulo Bento and Ghana manager Otto Addo.

And as the game reached its conclusion, shots of tearful South Korea supporters with their heads in their hands were conspicuously absent on the Chinese output.

The change is subtle but very deliberate.

As anti-lockdown protests rock China, state TV executives have been careful to avoid beaming images of a world largely moving on from Covid-19 restrictions into citizens’ homes.

It is not unusual for broadcasters at major tournaments to be given the option of choosing their own camera angles, and some often set a slight delay to allow the editing and selection of pictures before the public sees them.

The BBC observed that there was roughly a 52-second delay between its own coverage of the match and CCTV 5’s.

But in this case, the changes appear to have come after images of maskless fans celebrating in packed stadiums stoked anger in China, where snap lockdowns and restrictions remain commonplace and controversial.

Social media users in China were quick to notice the change, with many expressing frustration at how differently the rest of the world now seems to be treating Covid.

An open letter questioning China’s ongoing zero-Covid policies and asking if it was “on the same planet” as Qatar quickly spread on messaging app WeChat last week, before being censored.

“On one side of the world, there is the carnival that is the World Cup, on the other are rules not to visit public places for five days,” one user of the Weibo social media platform wrote.

Even the state-backed Global Times newspaper has conceded that some fans are “choosing to watch the games at home with their families” as many Chinese cities remain under restrictions.

And while wide angle shots showing some maskless fans are impossible to avoid completely, close up images of supporters enjoying the action free from restrictions are unlikely to return for Chinese fans.

DISCLAIMER: The Views, Comments, Opinions, Contributions and Statements made by Readers and Contributors on this platform do not necessarily represent the views or policy of Multimedia Group Limited.
Tags:
2022 Qatar World Cup
Covid-19