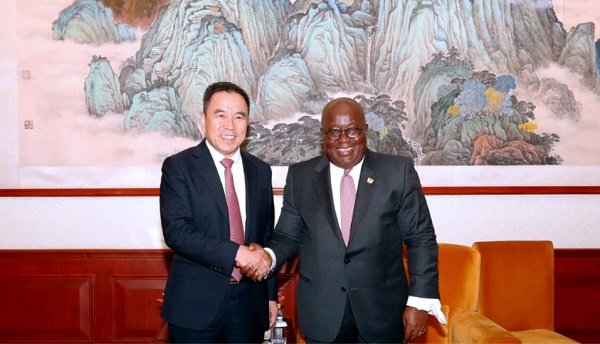 Although government has showered a Chinese TV firm with tax waivers, the service it is expected to provide to beneficiaries will come at a cost to them.

The Chinese government will give Ghana equipment to the tune of about $3 million for the expansion of satellite TV to 300 communities in Ghana for free.

In reciprocating this gesture, government has provided a tax waiver of GHc3 million.

The aim of the project which the Chinese government is replicating across several African countries is to bridge the digital divide between rural and urban areas, the Communications ministry has said.

But StarTimes has confirmed, the satellite boxes are free and subscription is also free for six months. But subscribers in rural communities will have to pay for the service after the free six months subscription expires.

NDC MP Sam George has questioned the rationale behind the tax waivers to the Chinese TV firm while local competitors get none.

He pointed out, a local firm which built Ghana's digital terrestrial infrastructure for a planned migration was given no waivers on imported equipment.

He explained K-NET imported equipment that belongs to the government and paid duties on them.  Government has now asked it to come for a refund of the duties.

He pointed out that other TV companies with satellite boxes get no tax waivers as StarTimes has gotten.

"If you are doing this for a Chinese company, then a Ghanaian company that has done this for 10 years is entitled to even more [waivers]", he said on Top Story Wednesday.

But the COO of StarTimes Ghana Felix Ahonzo has insisted, "we do not consider this as unfair advantage". He explained, the 300 TV satellite project is different from the TV services provided by other competitors.

Mr. Ahonzo said the boxes unlike others in Ghana are not for sale which encouraged government to waive the taxes. But the NDC MP Sam George has accused StarTimes of hiding behind freebies to unfairly penetrate the market.

He asked government to extend the same facility to Ghanaian TV firms to give out satellite boxes for free and charge subscription after six months.

China-backed StarTimes is also looking to clinch a contract to build on Ghana’s digital migration project set up by K-NET. The contract is a condition government must meet to get a loan facility from the Chinese government.