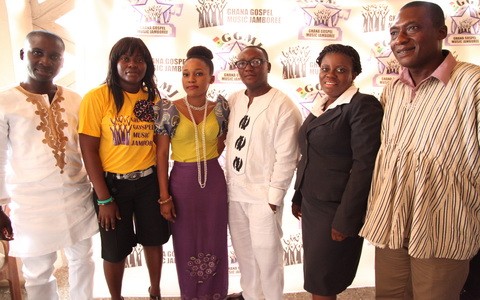 It’s time for Ghana Gospel Music Jamboree (GGMJ) 2012, an annual choral music awards festival which will be focusing on soul touching and inspirational music from churches and schools in Accra and Tema.

The GGMJ will involve at least ten choirs from different churches and schools as well as other distinguished gospel music stars.

Organizers are also considering the possibility of bringing on board the National Symphony Orchestra, the Police or the Military bands. Together the choirs and the band will serenade the audience.

The GGMJ will be conducted in a spirit of constructive competition where the various choirs will be awarded based on certain qualities observed by a special supervisory committee as well as their performance on the ‘D’ day.

The event was recently launched at the Christ the King Catholic Church conference hall with the theme ‘A Gospel Celebration to inspire Peaceful Elections’.

The press launch was chaired by the Reverend Father Dominic Amegashitsi resident priest of the St Peter’s Catholic Church, Osu.

The launch was also graced by renowned motivational speakers like Mr. Vincent Dzata of Nevadian Resources and Pastor David Boafo of the Accra City Temple church.

House of Fame organizers of the GGMJ strongly believe that as the time for the 2012 general elections approaches, a well organized gospel choral music festival will be a good platform to positively inspire the nation.

The GGMJ hopes to bring together stakeholders in the upcoming elections such as the political parties, National Commission on Civil Education, the Electoral Commission and the Clergy to make a pledge of peace.