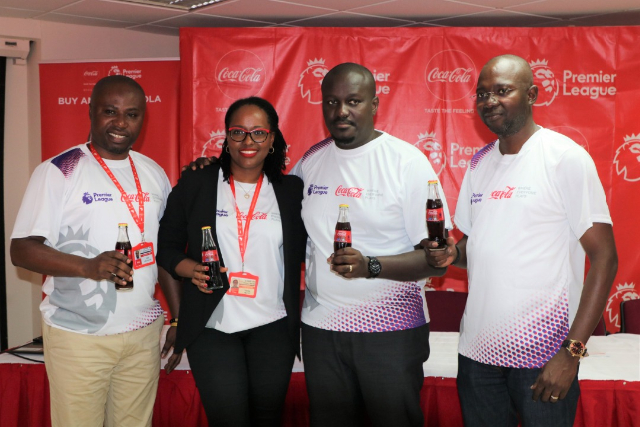 The Equatorial Coca-Cola Bottling Company of Ghana has kicked off its partnership the English Premier League with the launch of a new promotion in which 15 lucky consumers will get a chance to watch an EPL game live in London.

The launch held on March 20, 2019, at the premises of The Coca-Cola Bottling Company Limited (TCCBCGL) at Spintex in Accra made clear that the promotion format is instant with participants winning exactly what they find under the crown of 20 or 30cl Coca-Cola glass bottle product.

The promotion has been designed specifically for the Coca-Cola Trademark brands (Coke Classic and Coca-Cola Zero Sugar) in line with key passion points.

Coca-Cola, who have a three-year partnership deal with Premier League, view this promotion as an avenue to continue to engage with football lovers of the brand Coke and Sport.

“We know Ghanaians are big fans of the English Premier League clubs. So, our objective is to bring all our fans together and also reward them while they enjoy the games. Coca Cola brings people together and makes sure they enjoy the moments of consumption,” Sabina Manu, Director of Marketing and Innovations of TCCBCGL, said at the launch.

Aside from the ultimate prize, a further 1.5 million consumers will win branded souvenirs and free drinks.

Coca-Cola is a fervent supporter of football. It is the exclusive soft drink sponsor of the FIFA World Cup.