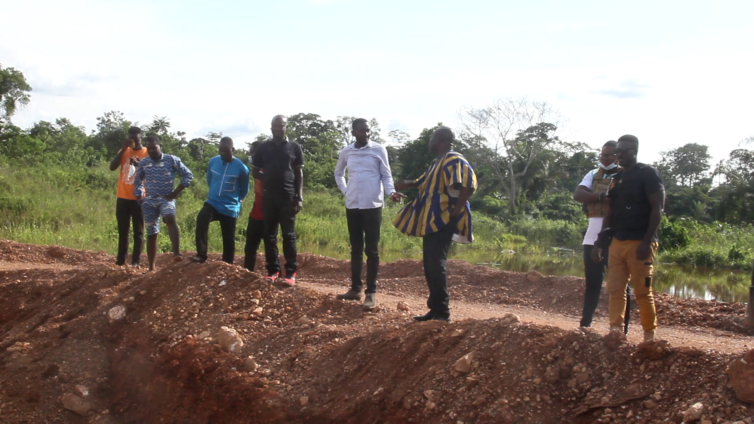 The construction of Manso Adubia roads in the Ashanti Region is progressing steadily after a series of demonstrations on the poor state of the roads.

Residents say the poor state of the roads has given rise to incessant armed attacks and killings in the area.

When JoyNews’ visited the site, the reporter saw contractors are working as the MP, Yaw Frimpong Addo, has promised.

Areas under construction include; Mim Junction to Odaho, where a series of armed robberies have taken place.

Construction of the roads began in 2020 when President Akufo-Addo declared the government’s ‘Year Roads’ agenda.

He expressed satisfaction with the progress of work on the roads, though illegal miners have taken over portions of the roads, which distract the construction work.

“What we saw is an eyesore,” he said and appealed to the miners to put a stop to it immediately.

He, however, says construction of Mim junction to Nyankomase and Akwasiso junction to Tontokrom roads is in limbo because of challenges on sourcing finance from the Road Fund.

“It looks like they have abandoned the roads, and that is a worry because these two roads form the main road corridor in the constituency,” said the MP.

Mr Addo assures the residents of the government’s resolve to improve the lives of the people.