The “whole world needs to be on alert” to fight the coronavirus, the head of the World Health Organization’s Health Emergencies Programme has said.

Dr Mike Ryan praised China’s response to the deadly outbreak, saying: “The challenge is great but the response has been massive.”

The WHO will meet on Thursday to discuss whether the virus constitutes a global health emergency.

The Chinese city of Wuhan is the epicentre of the outbreak.

But the virus has spread across China and to at least 16 countries globally, including Thailand, France, the US and Australia.

More than 130 people have died in China and close to 6,000 have been infected.

There is no specific cure or vaccine. A number of people have recovered after treatment, however.

The WHO’s Dr Ryan said an international team of experts was being assembled to go to China and work with experts there to learn more about how the disease is transmitted.

“We are at an important juncture in this event. We believe these chains of transmission can still be interrupted,” he said.

Scientists in Australia have managed to recreate the new coronavirus outside of China, raising hope that it could be used to develop an early-diagnosis test. 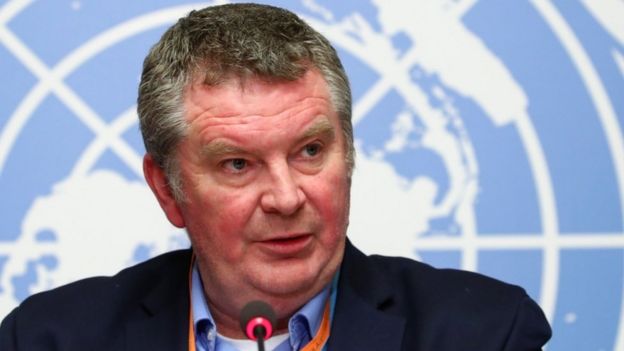 WHO director-general Tedros Adhanom Ghebreyesus, who visited China this week, said most people who contracted the virus were suffering only “milder symptoms”, but about 20% had severe effects such as pneumonia and respiratory failure.

He said that China “needs the world’s solidarity and support,” and that “the world is pulling together to end the outbreak, building on lessons learned from past outbreaks.”

The director-general added that the WHO “deeply regrets” referring to the worldwide risk from the virus as “moderate” in three reports last week instead of “high”.

He described the person-to-person spread of the illness in Germany, Vietnam and Japan as worrying, and said experts would consider it on Thursday when deciding whether to declare a global emergency.

The city’s residents are enduring an isolated, frightening time. Most forms of traffic have been banned, and more than 50 million people are shut up in their homes, trying to minimise the spread of the virus.

Videos have emerged online of neighbours shouting “Wuhan jiayou!” out of their windows – roughly translated to “Stay strong Wuhan!” or “Keep on going Wuhan”.

The phrase has been trending on Weibo, China’s Twitter-like social media site, with people from around the country posting supportive messages.

“We will get through this. Wuhan jiayou, the whole country is supporting you,” read one comment on Weibo.

“This is the first day since the lockdown that I’ve had to go out,” a man in his 50s told the AFP news agency on Wednesday, on a mostly-deserted street.

“I have no choice because I need to buy food.”

Analysis – Why don’t we know the death rate?

How deadly is this virus? It is a basic question, but the answer is elusive.

We’re in the middle of the outbreak and thousands of those patients are still being treated.

We don’t know if they will live or die, so they can’t be used in these calculations.

We also don’t know how many mild and undetected cases are out there.

“It is very early to make any statements on what the overall mortality rate may be,” the WHO’s Maria Van Kerkhove has warned.

Also, the deadliness of the new virus is only one component of its threat.

Who is being evacuated from Wuhan?

Hundreds of foreign nationals are being evacuated from Wuhan, where the virus first emerged, with Japan, the US and the EU among those repatriating their citizens.

Some 200 Japanese nationals have landed at Tokyo’s Haneda airport, and 240 Americans – including workers from the local US consulate – left Wuhan on Wednesday.

According to CNN, the US evacuees may have to stay in isolation in an airport hangar for up to two weeks.

Australia plans to quarantine its evacuees on Christmas island, 2,000km (1,200 miles) from the mainland. 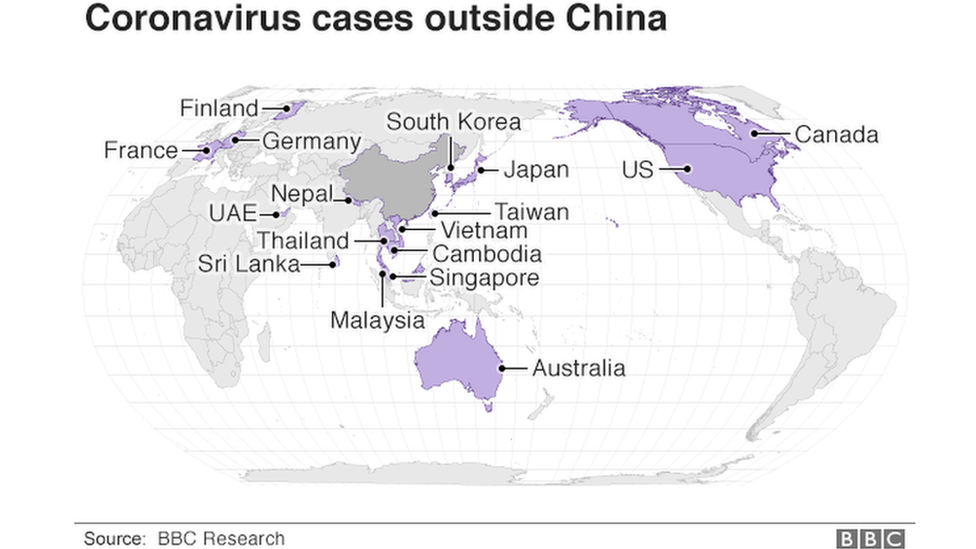 Two aircraft to fly EU citizens home have been scheduled, with 250 French nationals leaving on the first flight.

South Korea said some 700 of its citizens would leave on four flights this week. Both Malaysia and the Philippines have also pledged to evacuate their citizens in and around Wuhan.

On Tuesday, Hong Kong announced plans to slash cross-border travel between the city and mainland China.

British Airways has suspended all flights to and from the Chinese mainland, and the UK’s Foreign Office warned against “all but essential travel” there.

Several other airlines have taken similar measures. United Airlines and Cathay Pacific are restricting flights, while Lion Air – one of Asia’s biggest airlines – is stopping flights to China from Saturday. 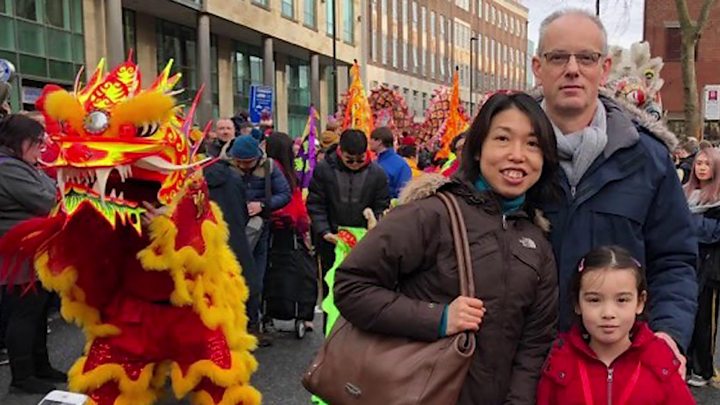 Cathay Pacific has also suspended in-flight trolley services, changed some aspects of its meal offer, and stopped giving out hot towels, pillows, blankets and magazines in an effort to prevent the virus spreading