Cost of producing water has significantly shot up – GWCL 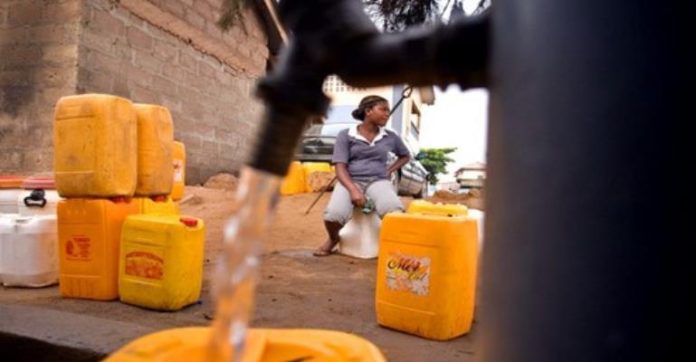 The Ghana Water Company (GWCL) says it is finding it difficult to produce enough water to serve the country.

According to Communication Manager Stanley Martey, the turbidity of the water has significantly worsened due to the activities of illegal mining and sand winning activities.

Many consumers have been complaining about limited water supply in recent times.

JoyNews/AdomNews · Cost of producing water has significantly shot up – GWCL

Ghana Water Company says the problem is due to high turbidity in the available water, with several of its plants around the country unable to produce enough water.

“What happens is that when the raw water levels are low, that is when they are also able to operate, so now you realise that they are in full operation and turbidity has gone high.

“Galamsey is a serious ongoing trend, and it is seriously affecting the quality of the raw water as a result, we are unable to extract enough and then the little that we are able to extract, we will still have to use about 30 to 40% because of the turbidity,” he explained.

However, in a press release issued on Wednesday, the Company acknowledged the complaints from consumers, “especially in the Greater Accra, Ashanti, Central, Western and the Northern Regions”.

GWCL assured the affected customers that GWCL is working to address the erratic water supply experienced in some parts of the country.

The Company, therefore, stated that “everything possible is being done to ameliorate the situation.”

The GWLC further implored the general public to “repair all leakages in homes, like overflowing reservoirs and dripping taps and valves”, warning that the little drops may lead to increased water bills.

“Shut all taps when not in use; moderate the use of treated water for car washing by resorting to the use of buckets, instead of hoses; cease indiscriminate watering of lawns with treated water”, the Company advised.

DISCLAIMER: The Views, Comments, Opinions, Contributions and Statements made by Readers and Contributors on this platform do not necessarily represent the views or policy of Multimedia Group Limited.
Tags:
Ghana Water Company Limited (GWCL)
Stanley Martey