Tributes have been paid to a British man and his two children who drowned in a resort swimming pool on the Costa del Sol on Christmas Eve.

Gabriel Diya, 52, his daughter Comfort Diya, 9, and his son Praise-Emmanuel Diya, 16, died in the pool at Club La Costa World, near Fuengirola.

Police say they are checking claims the young girl got into difficulties and the other two died trying to save her.

The church where Mr Diya was a pastor said its prayers were with the family.

The Redeemed Christian Church of God (RCCG) said in a post on Facebook: “With heavy hearts, we extend our condolences to the family, parish, friends and associates of Area Pastor Gabriel Diya who sadly passed away, along with two of his children… in a tragic incident while on a family holiday in Spain.

“At this very difficult time, our prayers are for Pastor Gabriel Diya’s family, the parishes that were under his supervision, friends, associates, members of RCCG and the general public,” the post added.

The church said Mr Diya was also the parish pastor at Open Heavens, a Christian religious group with origins in Nigeria, based in Charlton, south-east London, and he was survived by his wife, assistant pastor Olubunmi Diya, and another daughter. 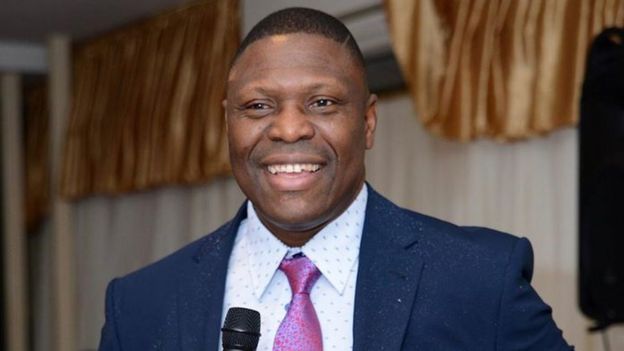 Image caption: Mr Diya was a pastor in south-east London

A neighbour of the family told the PA news agency she was “really devastated” to learn of the deaths, describing the Diyas as “very religious, very friendly, very humble”.

“They are so nice, that is why everybody is shocked… we are very friendly with each other.”

The hotel owners described the incident as a “tragic accident”.

Police said divers retrieved Comfort’s swimming hat from the pool pump but investigators had found nothing wrong with the pool, which has since reopened.

Because the pool is a very small one, lifeguards were “not necessary” so there were none present, a spokesman for the Spanish Civil Guard told the BBC.

The UK Foreign Office said it was supporting a British woman in Spain, thought to be the children’s mother.

Mr Diya and his daughter were both British passport holders while his son had an American passport.

In a statement released on Thursday, the owners of Club La Costa World said the resort “continues to co-operate fully with the the authorities investigating this appalling tragedy”.

“Naturally, we will continue to offer every assistance and comply fully and transparently with any requests made by them.

“At the same time, we are doing everything possible to provide care and support to bereaved family members and to all our other guests,” the statement added. 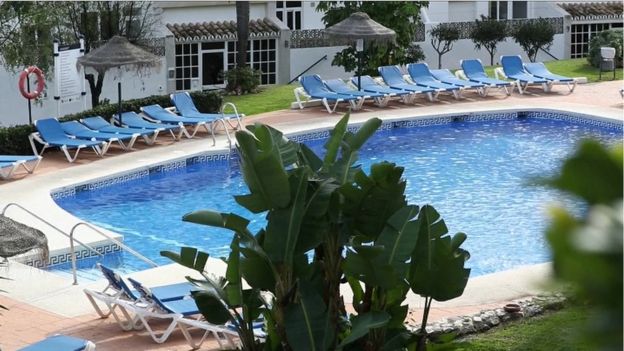 Locally-based freelance journalist Gerard Couzens said that the hotel had confirmed it had reopened the pool after it was given permission to do so by police.

“That pool where this terrible tragedy occurred on Christmas Eve is open for use again. And the management are saying the police have given the pool a clean bill of health,” he told BBC Breakfast.

Local journalist Fernando Torres told the BBC it was a shocking scene.

“The resort workers heard the screaming and they tried to do CPR [resuscitation] as well, but they couldn’t help them,” he said.

“Then the emergency doctors came and they tried for 30-35 minutes, but they couldn’t revive them.” 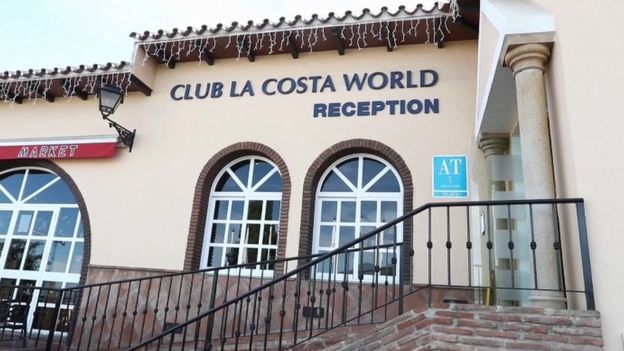