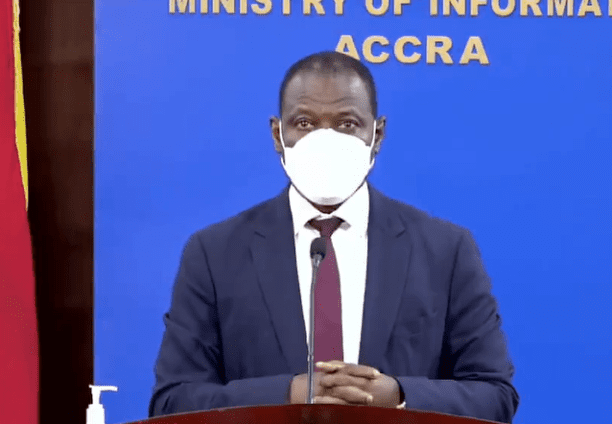 Analysis by MyJoyOnline.com has revealed that in 96 hours, the Ghana Health Service (GHS) has recorded 14 deaths in the country’s fight against the Covid-19 pandemic.

Per previous reports from the Service, the death toll stood at 1,350 as of January 12.

But speaking to the press on Wednesday, Director-General of GHS, Dr Patrick Kuma-Aboagye noted that as of January 16, the total number of deaths recorded by his outfit since the emergence of the virus in March 2020 is 1,364.

“We are currently experiencing our fourth wave and I believe that we’ve seen a sharp decline and we hope it continues that way. Even though this was the highest in terms of the number of cases, we also experienced the lowest number of deaths compared to the other three weeks earlier reported,” he added.

According to him, Ghana’s active cases stand at 4,185. He said the GHS “has seen a significant reduction in active cases in the last one week as the new cases slow down”.

Dr Kuma-Aboagye revealed that the active cases consist of both Omicron and Delta variants. All 16 regions, he said are battling with active cases.

Out of the total active cases, 40 are considered severe while 11 others are critical.

“The cases among international arrivals are on a downward trend even though this is the season we have the highest number of people testing positive at the airport. Sometimes as high as 160 cases. Yesterday, we had about 40,” the GHS Director-General added.

Out of the total individuals who fell prey to the virus, 80 per cent had been vaccinated and 20 per cent were unvaccinated.

Meanwhile, Dr Kuma-Aboagye says 149,693 individuals who showed signs of recovery have been discharged from the various health facilities.

As part of measures to combat the spread of the virus, the Ministry of Health has announced that it will embark on a Covid-19 vaccine booster exercise.