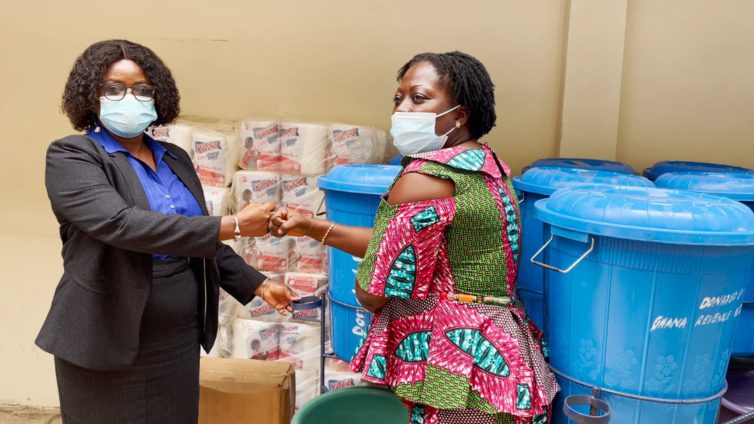 The aim of the exercise, the GRA says, is to help reduce the spread of Covid-19 so life can return to normal.

Speaking at the handing over ceremony, the Office Manager for the Cape Coast North Tax Payer Service Centre, Esther Kraku, indicated the Authority would want the citizenry to stay strong to contribute to building the country.

The distribution of the personal protective materials to the basic schools in Cape Coast, the GRA says, forms part of their corporate social responsibility.

The Office Manager for the Cape Coast North Tax Payer Service Centre indicated that the GRA wants to contribute to making a healthy population by the gesture.

“The Covid-19 is still with us, and as a way of ensuring that we eliminate it from our midst, we decided to give these to the basic schools to enable them to reduce the spread. Therefore, we are convinced that gradually, we would get the virus out of the country,” she said.

Esther Kraku further said the GRA would want the public to continue observing the protocols together; the country would win the fight against the pandemic.

The representative of the Cape Coast Metropolitan Director of Education and headteacher of Catholic Jubilee school, Judith Akoto, thanked GRA for the gesture and assured them of their support in the tax administration.

The materials comprising sanitary towels, disinfectants, Veronica buckets, liquid soaps, and others were handed over to the schools at a brief ceremony at the Tax Payers’ Office at Abura in Cape Coast.