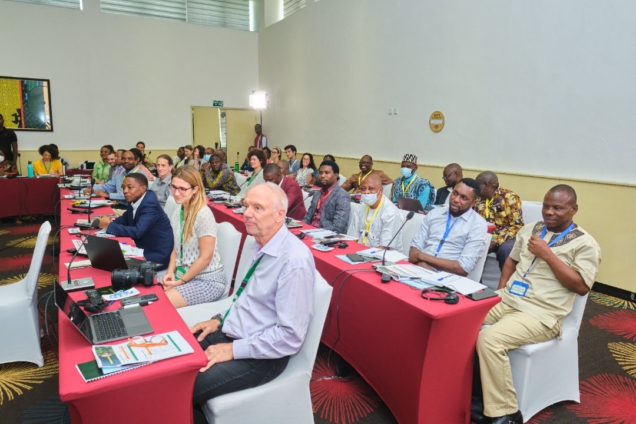 Civil Society Organizations (CSOs) specialised in conservation have called for increased funding and partnership in a bid to protect and preserve the variety of animal and plant species, habitats and ecosystems found within the Guinean Forests of West Africa (GFWA) Biodiversity Hotspot that stretches across most of West Africa.

After a four-day assessment workshop organised by the Critical Ecosystem Partnership Fund (CEPF) in Accra, the stakeholders noted that in spite of the significant gains achieved through the CEPF programme, a lot more needs to be done to sustain the green agenda.

These indisputably make the area a priority for biodiversity conservation.

“CEPF donors selected the Guinean Forests of West Africa Biodiversity Hotspot in 2012 for a new investment because biodiversity was seriously threatened and opportunities existed to enhance civil society capacities and create synergies, despite a weak governance and a lack of a clear vision.

“Since 2016, CEPF investment focused on providing resources and capacity to civil society organisations at the grassroots, regional, national and international levels with the aim to demonstrate models reconciling biodiversity conservation and socio-economic development in the hotspot.”

After 78 grants for a total of $10.1 million, ten partnerships among civil society, government, private sector and communities were formed or strengthened to promote best practices in mining, sustainable forestry and agriculture.

The 62 supported organisations have successfully demonstrated that hundred thousands of hectares within production landscapes could be managed for biodiversity conservation or sustainably used.

They did this by empowering more than 100 communities to advocate for, and manage these areas, following land-use plans elaborated to facilitate good governance and collaboration.

In turn, it benefited more than 200 communities with livelihood and job creation activities or benefit-sharing mechanisms.

Future investments will be able to build on this strong legacy, which also includes a drastic reduction in knowledge gaps on species and KBAs, especially on freshwater areas, a stronger civil society which saw 74% of the local and regional organisations gain institutional capacities and a participatory long-term vision for the hotspot, paving the way for the next 15 years, Grant Director for the Guinean Forests of West Africa Hotspot and the Cerrado Hotspot, Peggy Poncelet detailed.

From 2016 to 2022, CEPF in partnership with BirdLife International as the Regional Implementation Team (RIT), focused on mainstreaming nature conservation into government policies and business strategies, and empowering CSOs including indigenous people, women and youth groups.

“BirdLife has been CEPF’s project implementing partner over the last six years, working with the civil society to protect the Guinean Forests of West Africa biodiversity hotspot.

“This has led to unprecedented results – but there is much more to be done. We remain committed to continuing this effort,” Head of BirdLife’s West Africa Sub Regional Office, Jean-Baptiste Deffontaines, noted.

By bringing together CEPF-funded projects implementers, as well as technical and financial partners, the parties will deliberate on the results and impacts of projects, the sustainability of efforts for the long-term, and lessons learned from various projects across the countries that fall within the hotspot.

It is the hoped that through this engagement with the stakeholders, the conservation discussion can be intensified in order to build an active network of conservationists, from CSOs to journalists, to drive biodiversity conservation.

The Executive Director for the Critical Ecosystem Partnership Fund (CEPF), Olivier Langrand, added that there was an essence in greening West Africa.