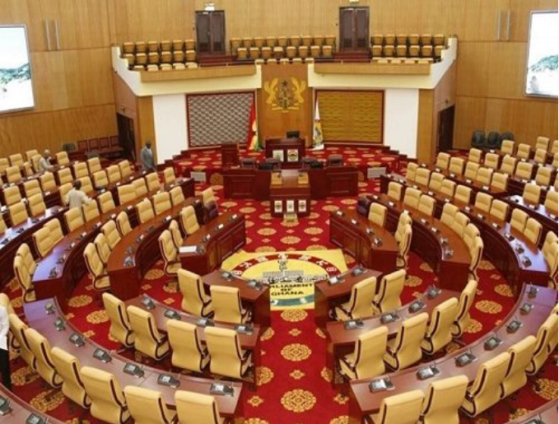 A member of the Parliamentary Service Board has said the current chamber for parliamentarians is not ideal for their work.

Hackman Owusu Agyeman argued that legislators need a facility that will help them in their work but not the current chamber.

The Chairman of the Council of Elders of the governing New Patriotic Party (NPP) told JoyNews’ Emefa Apawu on ‘The Probe’ that “It was necessary to build a better place just like we built a new place for the courts.

“Parliament is a tenant of the state protocol. We do not own a single property.”

Anger on social and mainstream media was simmering since it emerged plans by the Parliamentary Service Board were being made to build a new $200 million chamber in July last year.

A protest against the decision had been planned for July 13, 2019.

Majority Leader, Osei Kyei-Mensah-Bonsu, who strongly supported the construction of the chamber, granted many media interviews cataloguing reasons why the decision was a sound one.

He was forced by the palpable anger of the general public, including residents of his Suame constituency to beat a retreat, announcing no firm decision had been made in respect of the building of the new chamber.

The Parliamentary Service Board later announced a decision to drop plans to build a 450-seat chamber.

The Acting Director of Public Affairs of Parliament, Kate Addo, told Joy News’ the concerns of the people is paramount and have been taken into consideration in reaching the decision.

But Hackman Owusu Agyeman, who is also the former New Juabeng North MP, believes the chamber is needed to facilitate the work of MPs.

According to him, the failure to ascertain the views of citizens by government facilitated the negative reactions received.

“It was heartbreaking in seeing the reaction of Ghanaians. The PR was not well handled and the views of the people were not sought,” he stated.

DISCLAIMER: The Views, Comments, Opinions, Contributions and Statements made by Readers and Contributors on this platform do not necessarily represent the views or policy of Multimedia Group Limited.
Tags:
Hackman Owusu Agyeman
Parliament