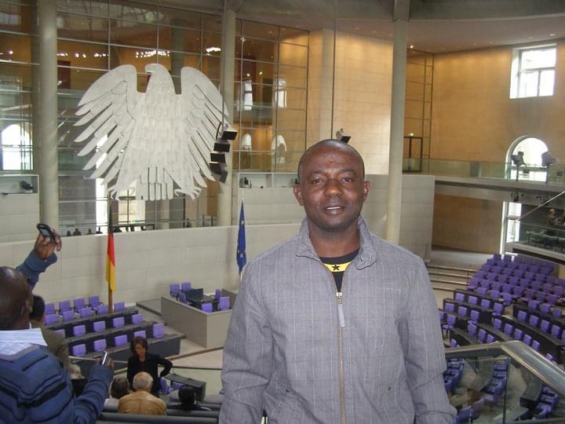 The sudden demise of the former Parliamentary Correspondent according to reports, occurred around 8:15 pm on Thursday, August 26, at the Greater Accra Regional Hospital.

The sources further stated that the deceased was at work on Thursday and attended a press conference addressed by the New Patriotic Party (NPP) General Secretary, John Boadu.

According to reports, Thomas Fosu Jnr. while working on his stories after returning from the press conference started complaining of some weaknesses within his body around 5:30 pm.

This made a colleague rush him to the Greater Accra Regional Hospital but was pronounced dead minutes upon arrival.

His remains is currently at the Greater Accra Regional Hospital pending autopsy to ascertain the cause of his death.

His colleague, Charles Takyi-Boadu, who is the Presidential Correspondent at the Jubilee House, took to his Facebook page as sighted by Myjoyonline.com to announce the demise of Thomas Fosu Jnr.

He wrote, “I’m sad and distraught. Just heard of and about the death sometime today of my colleague and brother Thomas Fosu Jnr. He was a former Eastern Regional Correspondent/Editor of Daily Guide and later our Parliamentary Correspondent”

“May the good Lord keep his soul. This world: You are here today, tomorrow you are gone! The icy-cold hands of death!” Charles Takyi-Boadu mourned his departed colleague.