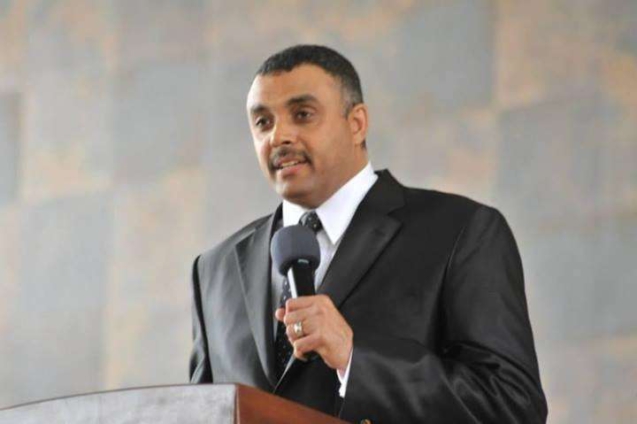 The founder and General Overseer of the United Denominations Originating from the Lighthouse Group of Churches (UD-OLGC), Bishop Dag Heward-Mills, has expressed grief over the death of his 31-year-old son, David Heward-Mills.

Preaching to his congregation on Sunday in a sermon titled, ‘The grave is not the end’, the renowned evangelist, while opening up about the death of his son, noted that it has created a “funny environment.”

“My son David just passed away. It spoils everything. You ask me am I sad? If you had a son who died, will you be sad? You should ask yourself that question. It [death] spoils everything. It brings a funny environment and it makes nonsense of everything. We always try to wish it further and further away but that is how it is.”

The sudden demise of Dr. David Heward-Mills occurred on Easter Friday in the United States after shortly falling ill.

His death was announced in a circular issued to members of the church.

“It is with deep regret and great sorrow that we announce the sudden passing away of David Heward-Mills, after a short illness. David was the first son of our Founder and Presiding Bishop.”

“We, also as a church, are heartbroken, however, we stand with our leader and his family and believe that God will comfort and see us through this very difficult season.”

“Please respect their privacy during this difficult time. Funeral arrangements will be communicated in due course,” the circular said.

David worked as a resident physician at Prisma Health, Columbia, for almost two years in the United States of America.

He was a Research Physician at Shriners Hospitals for Children in Galveston.