Debate or no debate: IEA to decide Wednesday

The Institute of Economic Affairs (IEA) says it will decide on whether or not the 2016 presidential debate series will come on by next week Wednesday following lukewarm responses from the NDC and NPP.

The organiser of presidential debates, the IEA, said it is still hopeful that the political ritual since 2000 will come off on the 8th November 2016 in Tamale in the Northern region.

Ghana's democracy faces a real possibility that the December 2016 general elections will come off without a presidential debate, The debate platform appears to be getting depleted of presidential candidates.

The governing National Democratic Congress (NDC) has stated it is not participating in this year's debate, citing bias.

The PNC's candidate stands disqualified by the EC while the Presidential Candidate of the main opposition New Patriotic Party (NPP), Nana Akufo-Addo, is yet to take part in the Evening Encounters where a presidential candidate is expected to outline their vision for the country if elected.

IEA's Executive Director Jean-Mensah prefers to be optimistic about the possibility of the debate. "We are hoping that all four parties with representation in parliament will participate."

She told the Joy FM's Super Morning Show balloting for the order of the debate has already taken place.

All parties as represented in parliament participated in the balloting except NDC. None of them  have written to decline participation after eight letters from the IEA, Dr. Jean-Mensah said. 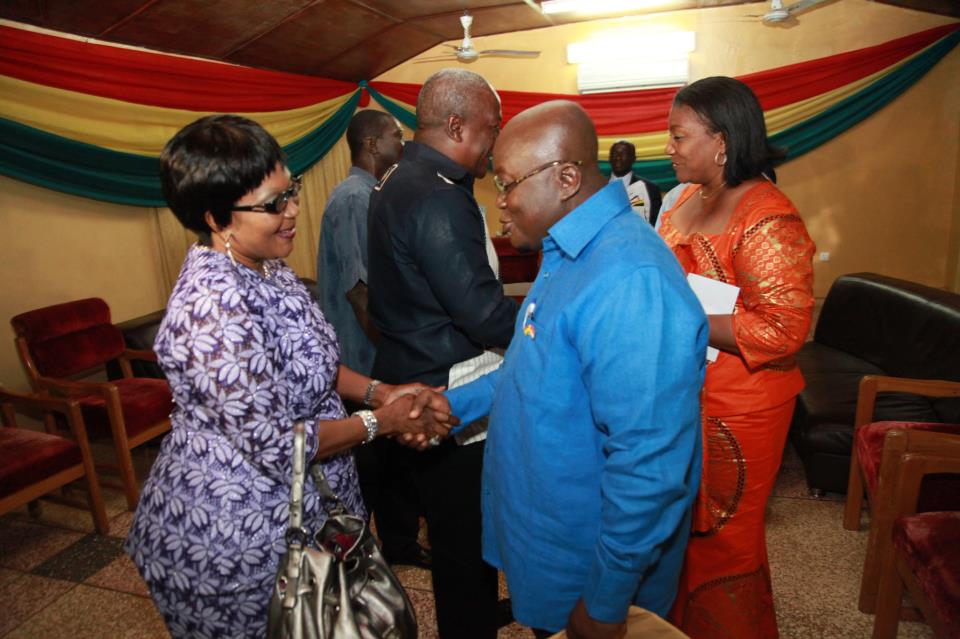 The IEA has expressed optimism that the NDC will rescind its decision not to participate in the 2016 presidential debate.

The governing party has announced that “….at its Functional Executive Committee (FEC), Meeting on Tuesday, June 21, 2016, decided not to participate in any debate to be organized by the IEA, as far as it is related to the 2016 General Election.”

But undeterred by the announcement, the organiser of presidential debates said it has initiated discussions with NDC and " we believe that they are going well".

"They are proceeding well…we hope that we can provide more information at a later date," she said.

She said despite the disqualification of Dr. Edward Mahama, the IEA is holding the door open to the candidates in the hope that he will be successful in challenging the decision in court.

If he is not successful "then we would have to go on without him", she said.

Jean-Mensah said although the NPP has not signalled it won't participate in the presidential debate, it is yet to take advantage of the Evening Encounters.

Nana Akufo-Addo was first scheduled for the IEA Evening Encounter on July 5 but it was rescheduled to August 9 to allow the party launch its manifesto on August 4, 2016.

It was postponed again because the manifesto was 'not quite ready'.

The manifesto was launched last month at the Accra International Trade Fair Center. The party is yet to go for the Evening Encounters.

Dr. Jean Mensah said time is running out on Akufo-Addo's participation and the IEA will decide next Tuesday if the NPP Presidential candidate will still have the opportunity to do so.

The Executive Director express surprise by views from sections of the Ghanaian public that it is too late to hold a debate with the general elections barely 40 days away.

Referring to past debates, Jean-Mensah said the 2012 debate was held in November and the last one held on 20th November.

"It is the same time as we are doing now" she said pointing out that the first of the 2016 series is expected to come off in Tamale on the 8 November, a second one on November 15 in Takoradi and the final edition on the 22 November 2016 in Accra.

It is "a little troubling and baffling that parties are indicating that it is too late" she said.

Touting the importance of a debate, the Executive Director noted that politicians own the electorate a duty to share ideas through a debate.

"People really, really want to know from the candidates", the Executive Director made a passionate appeal.

She said democracy without debate is a waste of dollars invested in organising elections because the citizens are robbed of the opportunity of listening to the candidates speak to each other on the issues that generally affect them.