Defending champion Osaka out of US open - MyJoyOnline.com

Defending champion Osaka out of US open 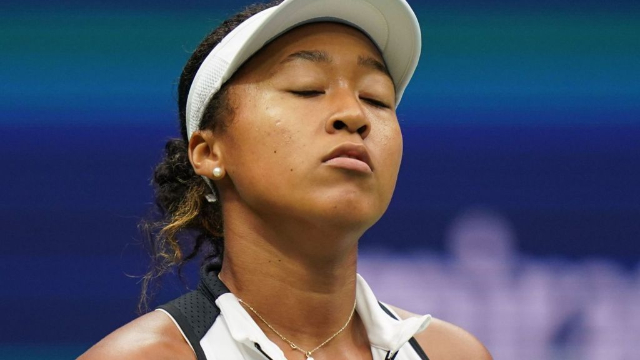 Defending champion Naomi Osaka has been knocked out of the US Open, losing 7-5 6-4 to Switzerland’s Belinda Bencic in the last 16. 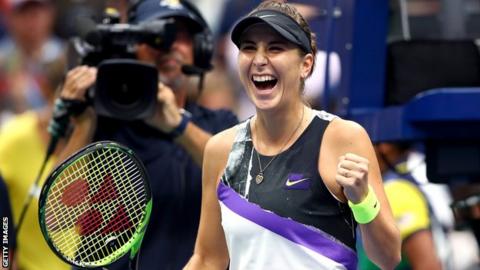 Belinda Bencic, the 13th seed, has now matched her best run at a Grand Slam event

Osaka, 21, was broken late in the opening set and then again in the fifth game of the second under the Arthur Ashe Stadium roof at Flushing Meadows.

Japan’s Osaka will lose her world number one ranking, with Ashleigh Barty of Australia to return to the top spot.

Bencic, the 13th seed, will play Donna Vekic in the quarter-finals.

For Bencic, 22, it is her second appearance in the quarter-finals after also making the last eight in 2014 as a 17-year-old.

She has now beaten Osaka three times this year after previous victories in Indian Wells and Madrid.

“I was so excited to come on the court, the challenge cannot be bigger – Naomi Osaka is a great player and won the US Open last year,” said Bencic. “I had to be on top of my game and am really pleased with how I played.

“She has a lot of power, I was just trying to play it a little bit like chess, anticipate and make a tactic on the court.”

Osaka, who beat Serena Williams in last year’s final for her maiden Grand Slam title, started off badly as she lost her serve at the first opportunity and had to save two break points to avoid going 3-0 down.

She then fought back with a break before Bencic took the decisive break in the 11th game and then served out the set.

In the second set, Osaka, who later said she had been struggling with a knee injury, double-faulted to gift Bencic another break and the Swiss player took the final game of the match with a service hold to love.

After winning the Australian Open in January for her second Grand Slam, Osaka became the world number one, a position she held until June when Barty took over.

Osaka returned to the top eight weeks later but Barty will become number one again, despite losing in the last 16 to China’s Qiang Wang on Sunday.

“For me, right now I have this feeling of sadness, but I also feel like I have learned so much during this tournament,” said Osaka, who received wide praise for comforting 15-year-old Coco Gauff, with both players crying after their third-round match.

“I feel like the steps I’ve taken as a person have been much greater than I would imagine at this point, so I hope I can keep growing. I know if I keep working hard, then I’ll have better results.”