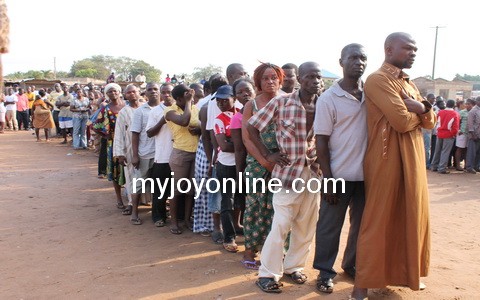 The Electoral Commission (EC) has fixed Tuesday, March 3, 2015 to conduct District Assembly and Unit Committee Elections throughout the country.

Accordingly nominations for the District Assembly Elections would be taken on Saturday, December 20, 2014 and Sunday, December 21, 2014.

Nominations for the Unit Committee Elections would be taken on Monday December 22, 2014 and Tuesday, December 23, 2014, a statement signed by Mr Amadu Sulley EC Deputy Chairman in Charge of Operations and copied to the Ghana news Agency on Tuesday stated.

The statement said nomination forms may be obtained at the District Office of the Commission or from the Deputy Returning Officers (Special Duties) in the electoral areas.

EC therefore directs that all duly completed nomination forms should be submitted to the Deputy Returning Officers on the dates set aside as nomination days.

“A person can contest either the District Assembly Election or the Unit Committee Election but not both elections,” the statement said.

The EC explained that prospective candidates are to note that no fee shall be paid for obtaining the forms or for filing to contest the elections.

“All prospective candidates are to submit four copies of a recent photograph of bust size with red background showing the full face and both ears.

“The public is further informed that the elections do not cover electoral areas in the Lower Manya Krobo district.

“All interested and qualified persons who want to contest any of the elections are to take note and act accordingly,” the statement said.