Don’t ever complain about how a woman’s vagina smells 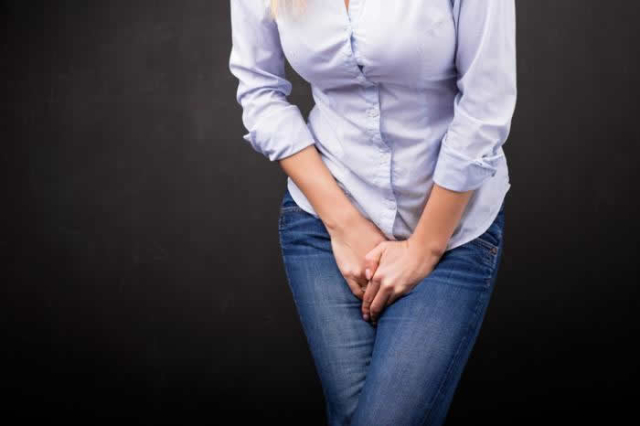 In a recent blog post, Canadian gynecologist Dr. Jen Gunter opened up about breaking up with a past boyfriend after he complained about the smell of her vagina. If you ask us, that guy got what he deserved.

Telling a woman she needs change something about her vagina is how you get promoted to Major Dick—especially if you're criticizing the smell. Come on, guys. Vaginas smell! They also come with pubic hair! These are natural aspects of women's health, and pressuring a woman to changing anything about that is body-shaming, controlling, and, well, a dick move.

Natural odors and pubic hair are both signs of a well-functioning vagina. However, popular culture continues to promote the idea that a woman must have a perfectly-manicured front lawn with the accompanying waft of a rose garden.

Gwyneth Paltrow, founder of Goop, made gynecologists nationwide slam their heads into their desks when she promoted vaginal steaming and inserting "jade eggs"—that is, golf ball-sized objects claiming to balance hormones, increase energy and build vaginal muscles—into one's vagina to sit overnight. In case you were wondering, neither sitting over a steaming pot of water and mystery herbs, nor shoving foreign objects up a vagina and leaving them there for hours on end, are recommended as proper vaginal hygiene.

An article published in Psychology Today looked at how the female trend of female pubic hair removal started. It cited magazines like Playboy and Penthouse as playing a pivotal role in the societal pressure for a woman to remove their pubic hair. The 21st century editions of the magazine featured nude photos of women completely hairless.

"Pubic hair is a physical barrier for the genital skin and traps dirt and debris, just as eyebrow hair protects the eyes from sweat," Gunter—a well-known Goop critic—explained in a different blog post. "We are a fine tuned product of evolution, and almost everything we have serves a biologic purpose."

The pressure to "clean up" downstairs has led to some pretty strange (and unhealthy) practices by women, many which should absolutely not be encouraged. Like rubbing Vicks Vapor Rub down there. Would you rub that shit on your penis? Yeah, probably not. It's not only unnecessary, but could be causing a lot more harm than good.

“It [the vagina] contains good bacteria, which are there to protect it from infections,” Dr. Vanessa Mackay, gynecologist and spokeswomen for Britain’s Royal College of Obstetricians and Gynecologists, told the Sun Online.“Disturbing the natural flora through extensive cleaning can lead to infection, such as bacterial vaginosis or thrush, and inflammation.”

She went on to explain that perfumed gels, soaps, and antiseptics can mess with the pH levels and healthy bacteria of a vagina, which can cause irritation.

“It is a myth that any products need to be used to odorize or clean the vagina," she said.

Guys, if you have a problem with the smell of your lady's vagina, you need to get the hell over it because that's just the way women's bodies work. Asking for anything but a healthy, happy vagina from your partner is rude—and potentially bad for her health. In fact, you may even be attracted to the smell of her vagina without knowing it. Just ask this woman, who used her vaginal fluids to make a perfume—and scored a bunch of dates.