Don't give room for mediocrity in 2014 - Rev. Dr. Nyamekye - MyJoyOnline.com 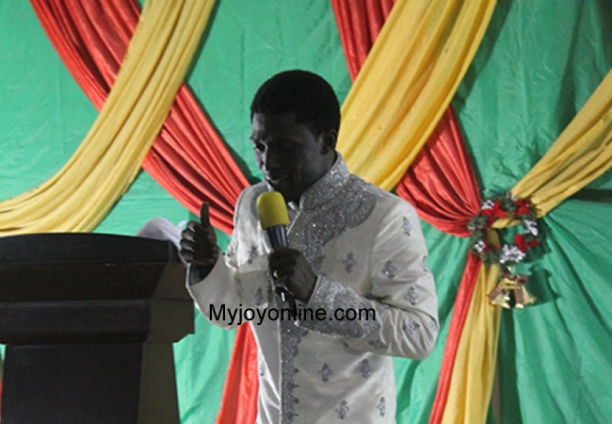 Founder and General Overseer of The Maker's House International, Rev. Dr. Michael Boadi Nyamekye says Ghanaians must not accept any form of mediocrity as they journey through 2014.

According to him, "the only way we can inspire ourselves to greatness is when we set a higher target and not accept anything mediocre".

Rev. Dr. Nyamekye was speaking on the theme; "Higher Life", at the watch night service to usher the congregation into the new year at Church's ultramodern auditorium at Point-One, Dome-Kwabenya in Accra.

He said it was time time Ghanaians developed the attitude he termed "Apostolic arrogance" and work to achieve greatness this year.

"If I see myself as a grasshopper the enemy will see me as such and slap that on me; the only way we can inspire ourselves to greatness is to have that Apostolic arrogance and make positive declarations on our lives," he stressed.

He described 2014 "as the year of double restoration and perfection" saying, the number 14 in numerology is the double of the number 7, which represents perfection. He therefore urged Christians to draw themselves to God to access His blessings irrespective of the economic challenges facing the nation.

Meanwhile, the man of God has urged the nation to pray against serious flooding in the country this year which could lead to loss of lives and a plane crash in three countries – Ghana, USA and Australia .

He led the congregation to pray and ask for God's mercy for Ghana and avert another state funeral that is likely to befall the nation this year.

He also led the congregation to pray for Nigeria against an uprising and massive demonstration that will claim lives in that country as well as said a prayer for the queen of England for a prolonged life.

In all, he led prayers for a better and a prosperous 2014 for all Ghanaians.