Don't make my nominee a victim of the past - Akufo-Addo tells KMA assembly members - MyJoyOnline.com 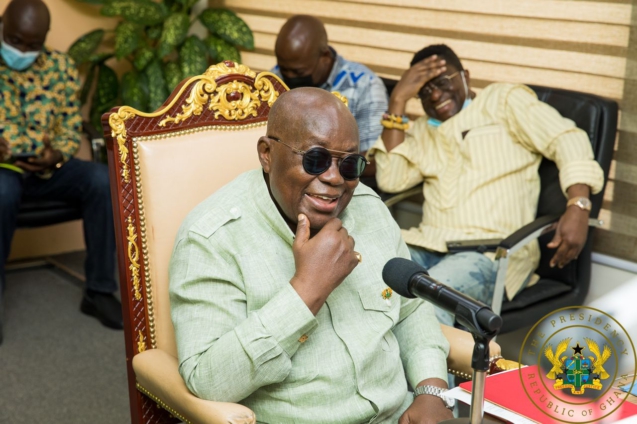 President Akufo-Addo has urged members of the Kumasi Metropolitan Assembly (KMA) to withdraw its decision to reject his nominee for the MCE position, Sam Pyne.

According to the President, it will be unfair to make Mr Pyne “a victim of the past.”

His comment comes after assembly members threatened “no individual will occupy the Kumasi Mayor position” until government pays off a ¢50 million debt the assembly owes.

The members indicated that the indebtedness has significantly contributed to the underdevelopment of Kumasi.

But reacting to this, President Akufo-Addo, in an interview on Kumasi-based Pure FM, stated that since Mr Pyne was not the one who incurred the debt, it will be imprudent to hold that against him.

“I don’t see how they are going to hold up Kumasi from getting a proper executive because of the past. I don’t think that is fair. That is not the way to go about it.

“I appeal to the assembly members to look at his competence and approve him to start working,” he appealed.

The President also added the Local Government Minister is looking into the circumstance that led to the debt.

“I’ve asked the Local Government Minister to look into the issue of the debt and give me a proper brief of how come the debt. Because we’ve seen on many occasions that so-called debt, upon investigations, the figures don’t add up, we’ve seen it in many areas of national life – Energy sector, Rail, many others.”

The concerns over the debt emerged after the Kumasi High Court granted an order to FREDCO FD Company Limited, a subcontractor of the KMA, to sell the Assembly’s administration block to defray a judgment debt of almost GH₵ 50 million.

The company, in 2016, obtained a similar order and attached three vehicles of the KMA, and warned it will go for more immovable properties of the Assembly if the amount from the sale of the vehicles was not enough to defray the debt.