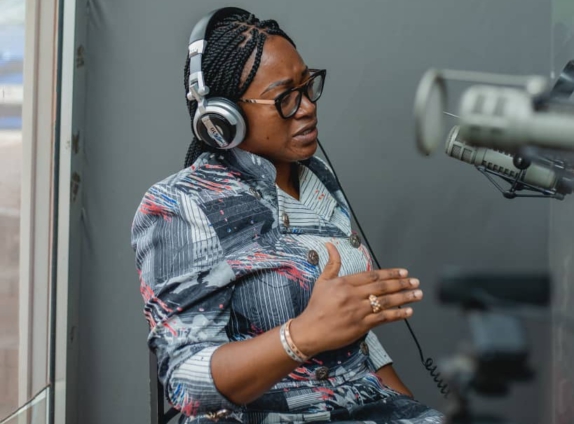 The Chief Executive Officer of NIMED Capital Limited, Abena Buachiwaa Brigidi, has encouraged women that they can have both a career and a stable family at the same time.

To her, it is out of place for women to think they have to sacrifice their family for their career or vice versa.

“I did not have to sacrifice my family just to pursue a career. I got to a point where I had to balance my career and family life. You need to have a life where you are actually balancing family and career and I normally tell the young ones or young ladies that you cannot sacrifice one for the other.

“You cannot say you want to sacrifice career over family or sacrifice family for your career. You’ve got to balance it, and that is what I did.”

Abena Buachiwaa, who balanced her career and tried to move up the organisational ladder as quickly as possible added, “I did all this having a stable relationship, getting married, having kids and training my kids. I did all this together and so balancing is the key here.”

In an interview with Y107.9FM’s Rev Erskine on the Y LeaderBoard Series, she, however, revealed that at a point in one’s life, “there are many times you will have to sacrifice work to be with family.”

Sharing a typical example, Abena Buachiwaa noted that she was recently overwhelmed with work and at the time her daughter was also not feeling well and had to make a choice between the two.

“There was so much I had to do, and I had also booked an important appointment that I really had to be present for. Here I was torn between going to the hospital and being with my daughter or honouring that appointment,” she said.

Even though she did not want to disappoint her client, she had to sacrifice the client for her daughter.

The investment banker who has always chased after equalisation called a friend of hers after the incident and said, “Jack, I give up, I am no more talking about equalisation, all I am talking about now is equity because as a woman entrepreneur and female leader, there will always come a time where you need to sacrifice some major transactions for family duties.”

Although she still believes equalisation is great, she argues it is equally good to have equity on the table as well.