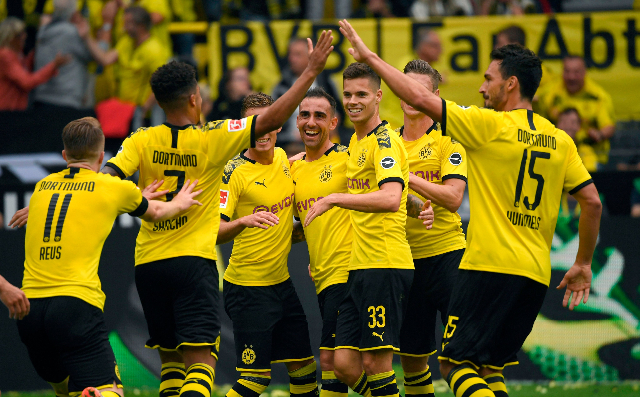 Title contenders Borussia Dortmund crushed Augsburg 5-1 in their Bundesliga opener on Saturday, with two goals from Paco Alcacer, to lay down an emphatic marker after champions Bayern Munich slipped up in their season premiere a day earlier.

Augsburg stunned the hosts with Florian Niederlechner’s goal after only 30 seconds but Dortmund quickly recovered to level with Spaniard Alcacer, Dortmund’s top scorer last season, in the third minute.

They turned up the tempo in the second half, scoring three goals in a span of eight minutes.

England international Jadon Sancho fired them ahead in the 51st and the teenager then helped set up goals for Marco Reus and Alcacer. Substitute Julian Brandt volleyed in their fifth in the 82nd.

Bayern, who have won the last seven consecutive league titles, looked far from ready in their 2-2 draw at home against Hertha Berlin on Friday.