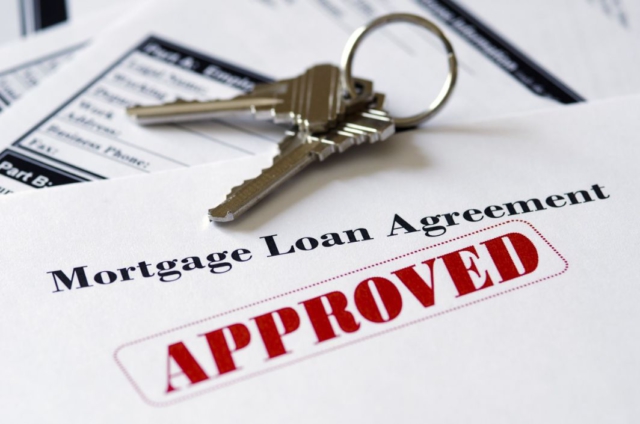 The mortgage market is one of the central pillars of the financial system of many countries.

Besides its role in helping to deepen capital markets and providing a strong credit channel for monetary policy, the mortgage market has welfare implications as it impacts on households’ ability to meet one of the basic necessities of life, shelter.

The history of Ghana’s mortgage market dates back to 1956 when the First Ghana Building Society (FGBS) was established to assist in mobilizing savings and to extend credit to households for home purchases.

Over the past six decades, several efforts have been made by succeeding governments to develop this important segment of the financial sector albeit with very limited evidence of success.

The purpose of this article is to highlight recent developments in the mortgage industry and its implications.

Ghana’s mortgage market remains relatively underdeveloped when compared to the other segments of the financial sector. As a result, only a very small percentage of households finance house acquisitions with a mortgage.

Data from the 2010 population and housing census shows that only 0.8% of households financed the acquisition of their houses with a mortgage. In fact, the mortgage to GDP ratio, which is used to measure the depth of mortgage markets, has remained consistently low at less than 0.5%.

In the past, the mortgage industry was dominated by state-sponsored institutions such as FGBS, Bank for Housing and Construction (BHC) and Home Finance Company (HFC).

The impact of the defunct FGBS and BHC over their period of existence has generally been regarded as very insignificant. HFC (now Republic Bank) was, however, able to survive the economic and political cycles even though its leadership role in the mortgage market was eclipsed by Ghana Home Loans (Now First National Bank Ghana).

Over the past decade and a half, the mortgage industry has experienced a remarkable structural transformation. In particular, the establishment of Ghana Home Loans in 2006 ushered in a new era where the private sector began to play a leading role in extending credit to households for home purchases.

For the first time in Ghana’s history, a local private company was able to create a mechanism that enabled it to mobilize long-term funding primarily from Development Finance Institutions (DFIs) for mortgage lending in spite of the volatile economic environment characterized by high inflation and currency depreciation.

In recent years, an increasing number of banks appear to be engaging in mortgage lending. A review of the annual reports of the twenty-three (23) universal banks reveals that eight (8) representing about 35% engage in mortgage lending. While the extent of engagement differs among the various institutions, the trend is unmistakable.

Together, the top four institutions controlled about 84% of the market. The remaining four institutions, Standard Chartered Bank (6%), Absa (6%), Prudential (2%) and CalBank (2%) accounted for the remaining 16%. It is important to point out the possibility that the various institutions may not classify loans in the same way, which would make it inappropriate to make direct comparisons. Also, an alternative measure of market share such as volume of loans may reveal different rankings.

It must be encouraging to observe a rise in the amount of mortgage credit and the number of participating institutions even though the market still faces several challenges including an unfavorable macroeconomic environment, lack of access to long-term funds, high cost of funds and weak regulatory regime among others.

Inasmuch as government has a critical role to play in the development of a vibrant mortgage market, it is important that this is limited to the creation of an enabling environment.

Interventions such as the public sector mortgage scheme by the National Housing and Mortgage Fund (NHMF), which is aimed at reducing the cost of local currency mortgage, must be sustained in the short-term and expanded to include workers in the private sector as well to improve affordability and further deepen the market.

However, stabilizing the economy and reducing the rate on the benchmark Treasury bill rate, in particular, will be the most significant boost government can give to the growth of the market.

The banking sector reform and recapitalization of banks have resulted in a safer and more robust financial sector that appear poised to play its intermediation role in mobilizing savings and extending credit to households for housing investments.

Moreover, the implementation of the three-tier pension regime has resulted in increased mobilization of long-term funds over the past decade. There is an obvious opportunity to channel a substantial portion of the more than GHS 13 billion in private pensions to the housing sector.

It is hoped that government will, in addition to intensifying efforts to improve the economic and regulatory environments, assist in creating the necessary mechanisms that would allow banks to have access to long-term funds for mortgage lending on a sustained basis.

This will not only help to solve the severe housing crisis the country faces but will also be a catalyst for economic growth and job creation.

The author, Dr. Frank Gyamfi-Yeboah is a Senior Lecturer at the Department of Land Economy, KNUST.