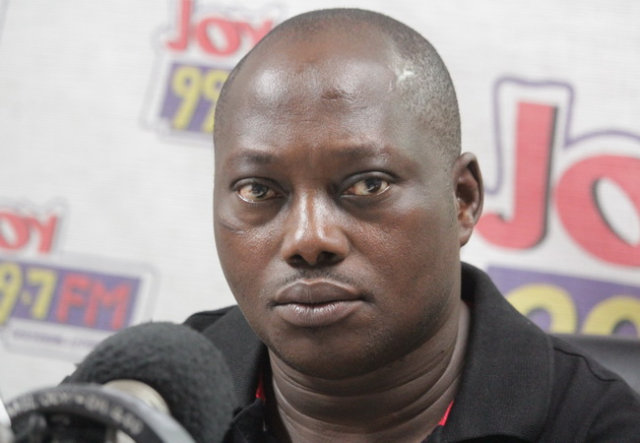 The well-chiseled contours on the face of Bernard Otoo enveloped the pain of a taxi driver, whose pregnant wife entered the Madina Polyclinic and didn't come out alive.

Cynthia Nuworsu was due to deliver on June 1, 2015 but after 10 days delaying, doctors said labour had to be induced.

Cynthia was not new to child birth. She had given birth to four kids already. When she was admitted on 17th June 2015, the fifth delivery was expected to be déjà vu, a sort of fait accompli, a stroll in the park comparatively.

It wasn’t a stroll. Bernard Otoo’s peace was shattered when he heard his wife screaming on the phone at night.

Cynthia was in pain from all the drugs pumped into her system. The Madina Polyclinic is next door to their home so the fear-stricken husband rushed to a panic-stricken wife in the ward. Maybe his presence would induce a moment of peace on his wife.

He was however shooed away by a nurse who reminded him of his profession – he is a taxi driver, not a doctor – the nurses drew a professional abyss between him and their work.

He went back home, crestfallen yet hopeful. ‘This too will pass’, he thought.

Friday morning 7am, it was another shriek, another dangerous scream for help, that so familiar voice of his wife again  which restarted another round of stomach-churning fear and anxiety.

Bernard heard his wife’s pain even as he walked into the clinic. He got stone-walled restrictions from stone-faced nurses who repeated the explanation packaged in warnings, threats and assurance that everything will be fine.

In his confusion, Bernard said he found better emotional security from the words of a security man at the clinic.

‘Be a man, she will be fine. Pain is normal barrier to be broken if life must come into this world’ he was encouraged.

The taxi driver drove off to his station not really to work but to nurse his hopes that once again ‘this too shall pass’.

Benard told Kojo Yankson on Joy FM’s Super Morning Show Wednesday, he received a call to come over to Alpha Clinic because there had been some complication. His hurry was electric. A colleague drove the mentally disturbed expectant father. But another call to come to Ridge Hospital forced a u-turn.

Another call moments later, forced another u-turn to Madina clinic, where a nurse told him, his wife had delivered.

A sense of gladness washed him over. It’s nearly two days on tenterhooks. The security man was right. This too has passed.

At the Madina polyclinic, a nurse ushered him into a room of seven doctors. He refused a seat in ominous presence of the doctors.

‘If he won’t take a seat, just tell him the news’, one doctor, threw sympathy to the dogs.

Like a shot, the bearer of tragic news fired off: Your wife could not make it.

Bernard disintegrated into tears.He became a bundle of great pain and a ball of great anger. He felt life drain out of him as he demanded answers from the doctors.

‘How can a healthy pregnant woman die in the labour ward? What killed her? Was she sick? His demands were treated as rhetorical questions by the doctors.

They filed out of the room, leaving the taxi driver of four children an instant widower with many questions.

Bernard reported the matter to the Madina police where his statement was taken. The hospital officials were expected to troop to the station to tell their side of the story.

They chose to go to the Madina Chief where they prevailed on traditional ruler to talk to the widower. They claimed he had been threatening the doctors.

But it was news to the chief when Bernard told him, his wife and baby had died in the care of the doctors. ‘They did not tell me that when they came here’, the shocked chief told Bernard.

It took days to get his deceased wife’s medical file needed to begin an autopsy. The baby girl has also died in the womb.

The funeral was scheduled for August 2015. And despite the promise by the doctors to pay for the funeral, no such help came.

On the day of the funeral, the management of the hospital was nowhere near the grounds where a woman under their care gave up the ghost.