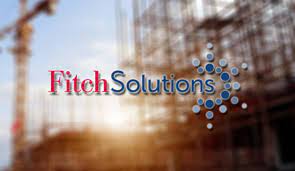 The implementation of the Electronic Transfer Levy (E-levy) from 1st May, 2022 will boost foreign investor confidence in the short term, Fitch Solutions, research arm of ratings agency, Fitch has stated.

It’s however worried that Ghana’s debt will rise because of the expected revenue shortfall in the budget, a situation that will impact on the cedi.

Analyst with the Sub-Saharan Africa Country Risk Team at Fitch Solutions, Ben Weaver, said the country’s cost of borrowing will go up due to the perceived risks about the country’s fiscal economic outlook.

“Borrowing costs will remain elevated in Ghana due to concerns from lenders surrounding the country’s fiscal position.”

“But the passing of the E-levy somewhat will improve investor sentiments, he said, adding “an example is the yield on Ghanaian bonds shrinking by 340 basis points [3.4%] to 14% in early April 2022, which is the lowest since the start of Russian invasion of Ukraine; this remains high.”

To finance the budget shortfall, Ben Weaver said “we expect total debt will rise in a multi-decade high at 83% of Gross Domestic Product (GDP) in 2022, which is particularly high for sub-Saharan Africa region and which we expect will continue to weigh on the cedi.”

He also added that the rising debt will slowdown investment projects, as the fiscal space is very small

“Moreover, high debt servicing will severely impact the roll out of public investment projects over the medium term which will in turn will weigh and prevent stronger economic growth.

DISCLAIMER: The Views, Comments, Opinions, Contributions and Statements made by Readers and Contributors on this platform do not necessarily represent the views or policy of Multimedia Group Limited.
Tags:
Cedi
Debt
E-Levy
Fitch Solutions