E-levy is a killer tax; we must kill it before it kills us - Isaac Adongo - MyJoyOnline.com

E-levy is a killer tax; we must kill it before it kills us – Isaac Adongo 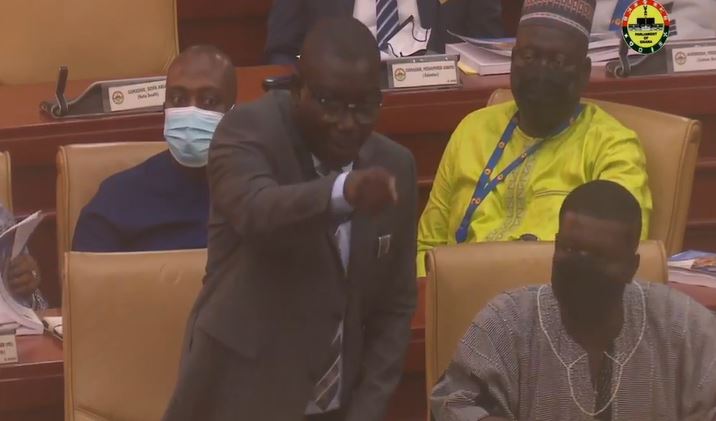 Bolgatanga Central MP, Isaac Adongo on the floor of Parliament.

Bolgatanga Central MP, Isaac Adongo, has kicked against the implementation of the e-levy imposed on electronic transactions.

According to him, the levy is unproductive, regressive and will lead to the collapse of most businesses.

“No matter how you call that thing, it’s a monster. It’s a killer tax. The tax will change the phase of the entire business community,” he said.

He was speaking on the floor of Parliament as part of his contribution to the debate on the 2022 Budget Statement and Economic policy delivered by the Finance Minister.

During the debate, he described the tax as “a killer tax” which has the potential of killing the digital economy and will further marginalise the poor. He, thus, entreated his colleague Ministers and MPs to join him in voting against the passing of the levy.

“This is anti-poor, it is anti-business and the most regressive tax ever. Our role as Parliamentarians is not to kill the hen that lays the golden eggs and that hen is the businessman who is being taxed,” he said.

Government intends to introduce an electronic levy on all electronic transactions to widen the tax net and rope in the informal sector.

He further stated that the levy, which is supposed to take effect next year January after Parliament approves the budget will be used to support entrepreneurship, and ensure youth employment.

Despite these assurances and the fact that all transactions adding up to ¢100 or less per day (which is approximately ¢3000 per month) will be exempted, users say this levy seeks to counter the cashless economy government is trying to attain.

The Minority in Parliament has mounted strong opposition against this levy with a threat to reject the whole budget.