ECG is not responsible for death of 27-year old teacher - PRO - MyJoyOnline.com 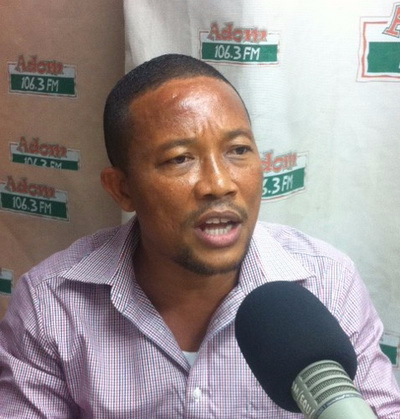 The Electricity Company of Ghana (ECG) has refused to accept responsibility for the death of 27-year old teacher Betty Arko, at Swedru in the Central Region.

Betty Arko died on Wednesday evening after sustaining severe burns from the explosion of her television set, allegedly caused by power outage last Saturday, in the Central Region. She suffered severe burns at about 5am Saturday when she attempted to turn off a television set after the ECG had restored power to her area.

Speaking to Joy News' Manasseh Azure Awuni before her death, Betty said the clothes she was wearing caught fire but she managed to seek help from neighbours. She had lost about 70 percent of her skin.

Betty in critical condition at the hospital.

Her family is considering taking legal action against the power distributor whom they blame for their daughter's death.

However, Head of Public Relations at the ECG, William Boateng said it would be absolutely wrong for anyone to say that the deceased’s television set exploded and caught fire because ECG restored power to the area after it went off earlier.

Mr Boateng told Myjoyonline.com that accusations leveled against the company that it caused the death of the teacher when no other resident complained about faulty appliances were untenable.

According to him it could be possible that the deceased’s wiring system was faulty, which may have triggered the explosion, resulting in the unfortunate situation.

Mr Boateng said the ECG will not prevent the deceased’s family from pursuing a legal action but called for a thorough investigation to be conducted into the incident.

He said the company regrets the loss but will not take responsibility for the death of the teacher.