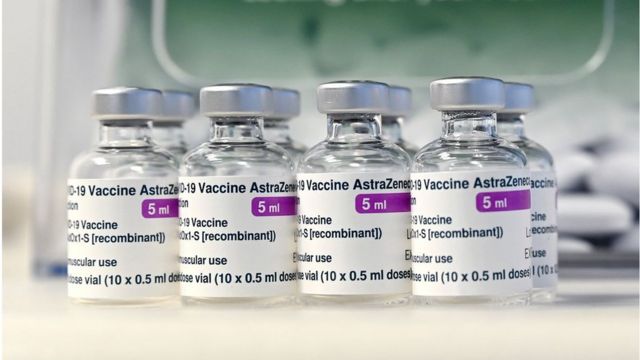 Health Minister, Kwaku Agyemang Manu says work is ongoing to bring Covid-19 vaccines from the US in August after a contract with Sheikh Ahmed Dalmook Al Maktoum to supply Russian Sputnik vaccines was terminated.

The Minister at his first appearance before the Parliamentary Committee probing the Sputnik V vaccines contract assured efforts are underway to resume Ghana’s Covid-19 vaccination programme.

Mr Agyemang Manu told the Committee that Sheikh Al Maktoum has terminated the contract with the government of Ghana to supply the Sputnik vaccines which was to cross $19 per dose instead of the $10 ex-factory price.

He said the businessman initially demanded between $28 and $30 per dose but the figure was negotiated to $19.

The Minister agreed he breached the constitution by not putting the agreement before Parliament for approval ahead of its signing.

Despite the supply of 20,000 doses of the Sputnik V vaccine into the country, Mr Agyemang Manu said no money has been paid to the businessman.

He says he was frustrated over the inability to get vaccines after letters to the Russian Foreign Minister and Russian Trade Minister were not answered. He says other options are being explored.

“Ask me whether I would go back for a thing or not. My answer would be no because my appetite and enthusiasm to sign this contract is no more there why? Because the deliberate schedules that has been promised by COVAX are very close now if we are lucky even before the end of July… America has actually given Africa some quantities through the COVAX initiative. They have allocated 1.2m to Ghana and I believe within the next two or three weeks, we may begin to receive such doses as well,” he assured.